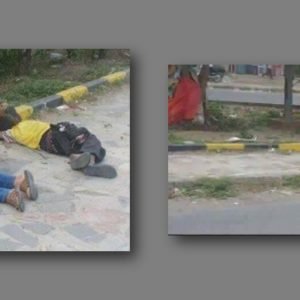 SAM Organization for Rights and Liberties, based in Genève, has followed with great concern the indiscriminate, systematic and deliberate shelling of Taiz city, by Howitzer gun that targeted residential areas far from combating zones.

SAM monitors in Taiz have documented 30 casualties resulted in 9 killings, including 5 children, 4 males, and 11 wounded, including 6 children, 11 males and 2 females, one of Somalian nationality, some are in serious conditions, thereby number of killings is likely to increase.

Eyewitnesses confirmed to SAM that a number of Katyusha rockets hit Bir Basha area beside the post office, which is highly congested residential area and market. SAM monitors surveillance and eyewitnesses’ interviews, confirmed beyond doubt that the attacked area is a residential area far from military operations and no military site whatsoever is in that area. Furthermore, shelling on these neighborhoods came from northern part of the city i.e. Al-Hashama, which is under Houthis and Saleh forces control.

SAM Legal Experts confirmed that “targeting the city with indiscriminate shelling and in systematic and continuous way, render the whole city risk zone and jeopardizes children and women lives, which is a serious violation to the international law and international humanitarian law”.

SAM Organization strongly condemn this incident and stress that such acts are incriminated in all norms and legislatures and are described as serious crimes according to Yemeni national law, and war crimes according to Genève 4th Convention and Rome Statutes and well as to international humanitarian law, human rights law particularly that relevant to innocent civilians.

SAM Organization calls upon the international community, UN and UN Secretary General Representative for Humanitarian Affairs, who is currently in Yemen to condemn such crimes and stand firmly against such practices to bring perpetrators into justice.

SAM Organizations also urges the National Commission for Investigating Alleged Human Rights Violations to conduct an immediate and serous investigations, also calls upon all regional and international human rights and humanitarian organizations to undertake their morale and humanitarian obligations and interfere to protect civilians and children in particular, in Taiz governorate and exert all pressures to ensure nonoccurrence of such crimes.