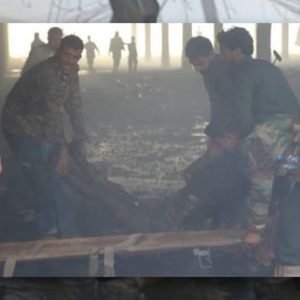 SAM Organization for Liberties and Rights, based in Genève, followed the attack on the Great Hall in Hadda area, Sana’a, on Saturday, 8 October 2016, which included hundreds of civilians who came to mourn the death of the father of pro-Houthis interior minister Jalal Al-Rwishan, by four airstrikes allegedly by Arab Coalition according to  Houthis-Saleh authorities in Sana’a, while Arab Coalition denies any responsibility.

The initial information indicates that more than 140 were killed and 400 others injured, including many with serious injuries, that have been hospitalized, in addition to charred dead bodies, whose identities were unidentified yet.

SAM Organization regrets that its monitors could not access the incident location and document the crime and interview eyewitnesses, due to the security restriction and measures imposed  by the de facto power.

SAM Organization would like to express its deep concern for the indiscriminate bobbing that target civilians leading to casualties among children and women, and confirms that targeting of civilians is a war crime according to the international humanitarian law and international conventions, which ban excessive use of power and indiscriminate attacks and consider them as crime against humanity, according to Genève fourth convention, particularly at highly populated areas that are far from military objects, as with the case of today’s attack.

Hence, SAM Organization condemns this crime with strongest possible terms, and calls upon the international community, and UN in particular, to pursue an immediate resolution to the Yemeni conflict and to protect civilians from the repeated indiscriminate bombing and to stand firmly against such violations to the  international humanitarian law and to bring perpetrators into justice.

SAM Organization also urges the National Commission to Investigate Alleged Human Rights Violations to undertake an immediate investigation on this massacre and disclose its findings to the public. Also calls upon all parties to the conflict in Yemen to avoid targeting residential areas and to abide by international law and Genève convention in this conflict.