107 Children Killed or Injured in 70 days 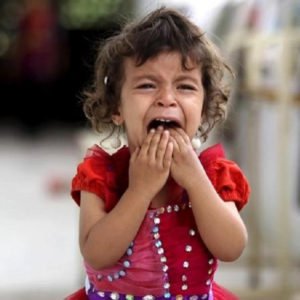 The children of Yemen were the main victims of human rights violations in Yemen during the months of April, May and June of this year, SAM Organization for Rights and Liberties said today.

Violations included violations of the right to life and physical integrity, arbitrary detention and enforced disappearance.

In a statement issued today (June 10, 2019), Sam said that Eid al-Fitr has become a terrifying nightmare for the children of Yemen, especially those living in the city of Taiz, where they lived difficult days because their neighborhoods were bombarded with indiscriminate artillery shells and snipers. Children lost their lives during Eid, turning Eid festivals into funerals.

SAM confirmed that during the period from 1 April to 10 June, 107 violations against children were documented in Yemen in the governorates of Sana'a, Taiz, Hodeidah and Addalie, 29 of whom were killed or injured by Arab coalition aircraft attacks, of which 18 were in Sana’a city, on May 7 in the bombing of the coalition aircraft targeted residential neighborhood in Rabat Street in central Sanaa.

The Coalition killed 4 children in a bomb attack on a civilian car in Addalie governorate on 11 May, in addition to 7 children killed by the Coalition aircraft targeting gas station in the Swaida area, Mawya district, in Taiz, on 24 May,

SAM has documented the killing and wounding of 51 children in the city of Taiz by Houthis militia, 20 were killed, four of them during the days of Eid.

Of the total number of child victims in Taiz, 8 were children killed by snipers, 27 were injured and 27 others were injured, and the rest were injured by shrapnel from indiscriminate shells targeting residential areas.

Mines laid by Houthis militia in the West Coast cities, killed 6 children and injured 9 others.

SAM learned that Houthis militia abducted six children from the al-Huthaifi family in al-Hasha district on April 27, 2019. SAM sources said the six children were still in detention and that their families knew nothing about their fate from the moment of their abduction.

SAM called on the international community and human rights organizations to condemn these crimes and expose them to the world and take serious and strong positions against the perpetrators.