On the International Day in Support of Victims of Torture; SAM Publishes Statistical Statement on Torture crimes in Yemen 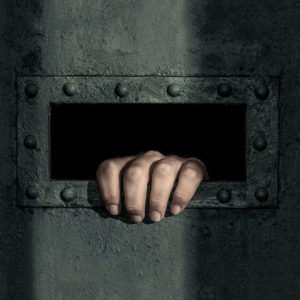 SAM Organization for Rights and Liberties said today; the International Day in Support of Victims of Torture, comes where thousands of detainees and forcibly disappeared at Houthis prisons,  the informal prisons supervised by the UAE-backed forces in south Yemen, legitimate government prisons in Mareb, and other armed groups’ prisons are exposed to different forms of psychological and physical torture and cruel treatment, at prisons la the minimum legal and humane standards, and are deprived of the basic needs of food and medicines.

SAM pointed out in a statement on the Day, that dozens of illegal and secret detention facilities spread in Yemen, where enforced disappearances and systematic torture are practiced, like the Political Security, National Security prisons, Al-Amrya castle in Rada’a, corniche castle in Hodiedah, Al-Saleh Houthis detention facility in Taiz, Bir Ahmed prison, and Ezan and Belhaf prisons operated by the UAE and UAE-backed forces, Al-Ma’had prison in Mareb operated by the legitimate government and other prisons operated by armed groups, where all forms of tortures and torture leading to death are practiced against the arbitrarily detained and forcibly disappeared.

SAM Organization documented more than three thousand cases of torture during four years of war, during 2014 – 2018, including 800 cases in 2018, where individual and collective torture is practiced, some leading to death.

SAM statistics show that the number of civilians killed under torture during the said period, reached 158 civilians, including 56 died under torture in 2018, 30 at legitimate forces prisons, 20 at UAE prisons, 18 of them in Aden, 5 in Abyan, 2 in Shabwa, and one in Addalie. In addition to 10 in Taiz, and 26 at Houthis prisons.

SAM said it has documented hundreds of arbitrarily detained, and forcibly disappeared people who have been subjected to permanent or temporary injuries due to torture in the jails of the Houthis group and the UAE-backed armed forces and suffer psychological and social consequences for these criminal practices.

SAM condemned the increase in systematic torture by the parties to the conflict in Yemen; Houthis militias, security forces financed and supervised by the UAE, where torture is commonly practiced to extract confessions, and humiliate adversaries.

SAM pointed out that it has appealed to the Special Rapporteur on torture to carry out a serious investigation into the crimes of torture in Yemen and impose sanctions against the perpetrators, and called the UN envoy to consider the detainees' issue seriously according to the Stockholm accord. SAM also confirmed that it has contacted the investigation committees on Yemen to include the violators in the indictment lists.

SAM Organization for Rights and Liberties called in the statement on the International Day in Support of Victims of Torture, all parties to commit to the war laws and to carry out an independent investigation on the torture crimes and death under torture, and to bring to justice all perpetrators.