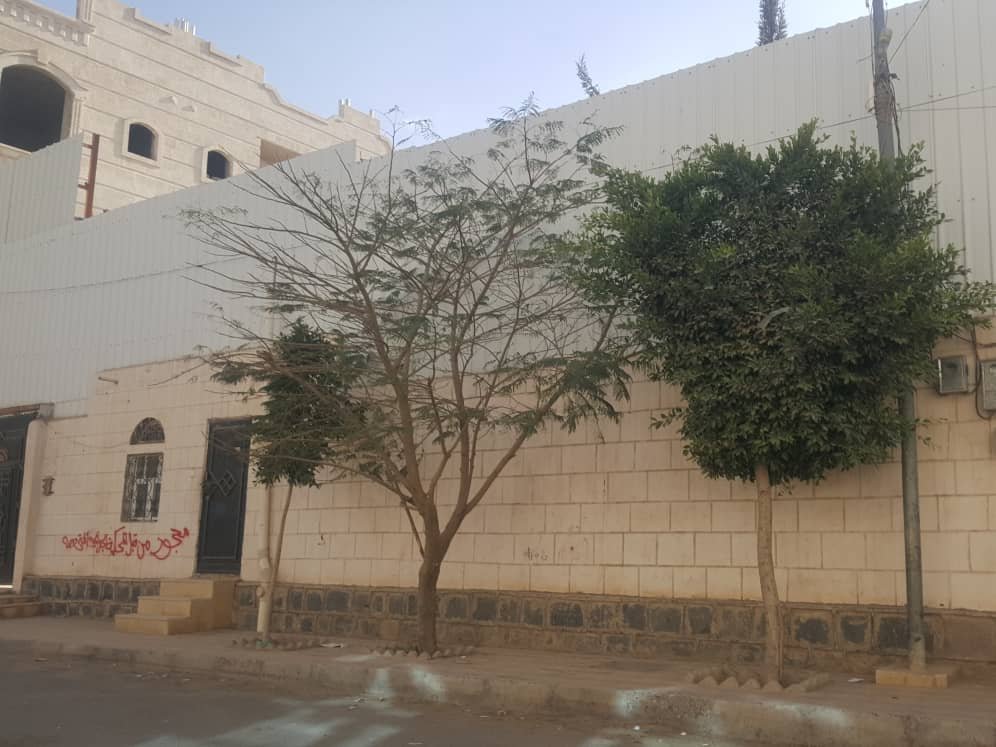 SAM Organization for Rights and Liberties condemned the issuance of committal in absentia death sentences by the specialized criminal court in Sana'a, run by the Houthis, against thirty five Yemeni parliamentarians and confiscate their fixed and moveable assets inside and outside Yemen on fabricated politicized charges, including treason and cooperation with the Arab Coalition led by Saudi Arabia.

SAM said in a statement issued today, Thursday, 5 March 2020, that "the ruling issued by the Houthis court is a lawless judgment, as it was issued by an incompetent court according to the decision made by the pro internationally recognized legitimate government, Supreme Judicial Council. The ruling also breaches fair trial principles.

SAM stressed in its statement that the ruling issued is a serious precedent and shameful act by the Houthis-controlled judiciary, turned it into a tool for settling political scores against Houthis political opponents. The court that was reconstituted by decision of the Supreme Judicial Council, which is dominated by the Houthis, used to issue rulings that are subject to the will of the Revolutionary Committees that control all government institutions in Sana'a, including the judiciary, not to mention its neglect of the simplest procedural rules in the trial, violation of criminal justice rules, and fair trial principles. Where the defense team of the MPs surprised to see the sudden rulings after the court had decided on the same day to postpone its proceedings indefinitely, pending the defense submission of its closing argument.

Within this context, Tawfiq Al-Humiedi, head of the organization, said: "The judiciary under Houthis control has become a tool of political revenge that the Houthi use to revenge on its opponents and confiscate their assets," adding that "the information and evidence that we have confirms beyond doubt, that the judiciary in the specialized courts is  nothing but a spokesperson for the will of the Revolutionary Committees that actually manage and control all institutions and executive departments in the capital, Sana'a, including the judiciary.”

SAM said that the Houthis militia had initiated politicized case against the 35 MPs after the Yemeni House of Representatives convened in the city of Seyoun on April 13, 2019, which confirms that its primary goal was political revenge and sending political messages to opponents, and the judiciary was only the platform, in addition to the militia’s desire to confiscating the property of its opponents' properties and giving a false legitimacy to these practices, although part of these properties was actually at the disposal of the militia,  which was actual motivation to initiate this litigation process against the thirty five MPs affiliated to the people’s General Congress, the Yemeni Islah, and Nasserite Popular parties.

SAM said that although the rulings are considered nil and void, rather they constitute felonies by the court who impersonates official judges, members, and prosecutors, yet Houthis militia rushed on the second day of the rulings to storm the houses of some of the convicted MPs, by armed women’s known as “Zinabiyat” and tampered with the belongings and robbed them.

SAM stated that among the 35 MPs whom the court had sentenced to death, is Saleh al-Sanabani, affiliated to Islah party, where the Houthis militia stormed his two houses, tampered with their contents, and forced his family and guards to leave the two houses at gunpoint.

MP Dr. Al-Sanabani, 62, from Sana’a, member of the Higher Education, Youth and Sports Committee of the House of Representatives, Professor of Educational Psychology at Sana'a University and Dean of Graduate Studies and Open Education at the University of Yemen, whose 15 family members were at the two houses, told SAM that: "On the morning of Wednesday 4 march 2020, six armed security patrol arrived to storm my first house located in the north of the Shamlan factory, and broke the doors of the closed rooms and did not wait until they opened, and tampered with all the belongings and robbed it, then gave one of my guards and his family A deadline until tomorrow morning to hand over the house, after they had listed the contents   and forced the guard to sign the list, without allowing him to read the lists. Then they moved to the second house where my old mother and my sisters and some of my family members are residing, broke the closed doors, and tampered with the contents of the rooms, looted some valuable belongings, warned the family to leave the house tomorrow morning, either with consent or by force. One of the family members in the house signed the list they prepared without allowing him to review it.”

MP al-Sanabani adds that the Houthis gunmen storming of his house was barbaric and horrific and in high numbers, terrified women and did not respect elders or children. Everyone was searching for any spoil to take, and they took one's Djanbya “traditional Yemeni dagger” and money which was in the jacket pocket, and they also plundered a sum of money in one of the cupboards of the house. Finally, when the man in the house told them that they were tenants, they asked him to pay the previous and subsequent rents if he wanted to stay. When one of the guards asked them to order the prosecution, they asked him to it take from the prosecution, saying that they are executing instructions. And now, waiting for the morning, God knows what will happen."

Dr. Al-Sanabani added that: "On Thursday morning 5 March 2020, the first patrol arrived with the so-called judicial receiver to take the keys of the two houses and evacuate the residents, accompanied by groups of Zinabiyat to force women to leave the house, and upon entering one of the two houses, one of them brazenly collected all the wife's belongings from the bedroom, including jewelry and the like. As soon as the women were forcibly removed from the house, a car was entered into the yard of the house, and the door was closed and we did not know what would happen. As for the other house, five other security patrols came when there was reluctance, which forced them out before being exposed to harm and violence."

Independent MP Abdelkarem Al-Aslami, born in 1968, the rapporteur of the Services Committee in the Yemeni House of Representatives, is a father of five children; four girls and a son, left the capital Sana'a after Houthis issued arrest warrant against him in June 2015.

Al-Aslami, told SAM that: "My house in Al-A’nab neighborhood has three floors and its accessories, and they stormed it today with several military patrols with a judicial receiver, and they gave the wife and girls two hours to leave, otherwise the women police were called in to move them by force, the wife refused to leave the house while they are still surrounding them, insisting that my family leave the house, and in the morning they entered with "Zinabiyat" and closed an apartment that was uninhabited, they took nothing, but they insist on confiscating the whole house.”

MP Abdelwahab Maoudha, born in 1965, Chairman of the Committee for Public Liberties and Human Rights in the Yemeni House of Representatives, from Dhamar governorate, father of six, five boys and one girl. Told SAM that "I have two houses; the first in Artil area, stormed and seized by Houthis 12 February 2017, and occupied by a person from Sa’da, and the second in the Al-Anab neighborhood, which was stormed by the Houthis on Wednesday 4 March 2020, accompanied by women's Zinabiyat squad and they gave my family a warning till tomorrow, but after intervention of some neighbors, they closed three apartments and the reception, and left one apartment, in which my mother is living and my sister, and her children."

SAM recalls that Houthis militia issued more than 100 death sentences since its control of the capital, Sanaa, against its political opponents, and it controlled more than 1,000 properties, companies, institutions, a private hospital, university, and a house, under the pretext of the judicial receiver, most of which is owned by merchants, businessmen, and politicians belong to various political parties, and are opposing the Houthis militia, and most of the victims are leaders and members of the Islah, or its supporters. Houthis has always bombed homes and facilities outside the capital, where it bombed more than 800 homes, schools and mosques that the Houthis consider as a threat to their ideology.

SAM calls on the international community organizations, especially the United Nations, to intervene to protect civilians in Yemen, pressure Houthis militia to release the abductees immediately and uncover the fate of the forcibly disappeared, and stop the absurd sham trials that do not serve peace in Yemen, and ensure the protection of the personal property of civilians in accordance with the provisions of the Yemeni constitution and international humanitarian law, and to stop political reprisals that are practiced in the name of the judiciary, and which undermine peace efforts.