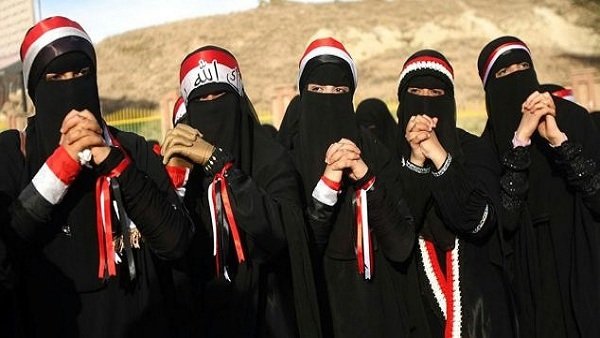 The Geneva-based SAM Organization for Rights and Liberties  said that International Women's Day comes this year while women in Yemen suffer from a harsh conditions and bitter reality, which have been caused by the policies of the war parties; Houthis militia in the north, the Southern Transitional Council in the south, and the states of Saudi Arabia and the UAE.  Women live without services and struggles to obtain basic needs for food, clothing and medicine.

In addition to this suffering, thousands of women are experiencing the ordeal of losing their breadwinners, men imprisoned and forcibly disappeared in the prisons of the Houthis militia in the north and the militia supported by Saudi Arabia and the Emirates in the south.

“Yemeni women have taken the lead in the pursuit of change and rights," SAM said, "and for this they have achieved many gains in pursue of full equality and eliminate discrimination against women and the right to equal opportunities and other legal and constitutional rights."  “to create A unique model in the region that can be a source of inspiration for all women who yearn for freedom and struggle to obtain their legitimate rights.

SAM congratulated the Yemeni women who drew the public’s attention for their steadfastness, human rights struggle, scientific achievement and their accomplishments, and won international awards, which constitute honors medals in the march of the struggle of Yemeni women to achieve their rights, and fix the meanings of freedom and the values ​​of justice, and affirms the ability of Yemeni women to contribute to making change and challenge social barriers and security conditions in Yemen.

“Houthis militia contributed to increasing the suffering of women," SAM said. "and contributed directly to the militarization of women by forming women's armed bodies known as" Zinabiyas "that arrest women, storm homes, setting up victims, and mobilize among women for war, a role that is inconsistent with the nature of peaceful Yemeni women seeking peace and love. Unfortunately, the number of detained women through these agencies has reached more than 200 women.

SAM emphasized that Houthis militia examined every year the suffering of Yemeni women, through practices targeting the homes of political opponents, and throwing women and children outdoors without any guarantees or respect for human dignity, as it forced the mother of Dr. Saleh Al-Sanabani, who is 90 years old, to leave  her home without any regard for her age or her humanitarian need for shelter.

SAM said that the war in the east of Sanaa governorate and in Al-Jouf governorate has pushed thousands of families, including women and children, to move from the areas of confrontation to safer areas, without shelter, food and drinking water, as they were left in the desert with their children and in a dire need for humanitarian intervention and protection, especially in Marib and Al-Jouf.

SAM condemned the escalating grave violations against Yemeni women by all parties, calling for supporting all efforts aimed at stopping target of civilians, especially women, and to provide psychological and material support to them, calling on Houthis militia to stop targeting of humanitarian and rights female activists.

SAM called on all parties to adhere to the laws of war in the conflict in Yemen, and for a serious and independent investigation into crimes of targeting women and referring all those found guilty of war crimes to justice.