SAM; Assessment of the Joint Incident Assessment Team (JIAT) of the Arab Coalition in Yemen on Targeting of the Community College in Dhamar is Non-neutral 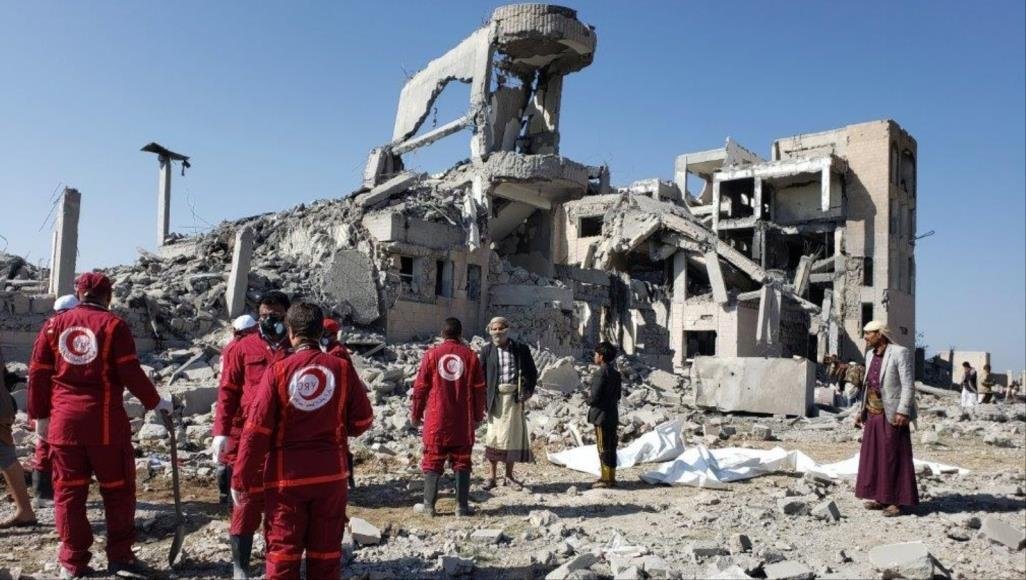 SAM Organization for Rights and Liberties described the findings of the Joint Incident Assessment Team (JIAT)  of the Arab Coalition led by Saudi Arabia and the Emirates said it had reached regarding targeting the Community College in the Dhamar governorate on 1 September 2019, in which more than 130 detained civilians and POW were killed and 40 others were injured, are not neutral findings.

SAM added that the statement issued on Tuesday, March 11, by the Legal Adviser of the JIAT, reflects a desperate attempt to justify and whitewashing  the Coalition targeting of civilians over the past years, where the statement indicated that the airstrike targeted a legitimate military target after being seized by Houthis armed militia and turned it into (drones stores, air defence missiles and military vehicles depot) without listing evidence supporting its allegations or how it was certain about existence of such depot as stated in the statement of the JIAT.

"SAM stated that it is through the documentation that it had conducted following the attack by the Saudi-led Arab Coalition, and interview of former detainees and the families of the victims, which confirmed that the building that the Coalition aircraft targeted with a number of missiles was a civilian educational building that the Houthis militia turned into a detention centre for enforced disappearance and arbitrary detention of opponents in which torture was practiced, which refutes the account of the JIAT to being a military facility for launching drones, and on the assumption that it is in a part used for military purposes such as that mentioned in the team assessment, targeting it have violated the rules of international law and the Geneva Convention related to the principle of proportionality and necessity in targeting the Community College.

SAM organization regrets JIAT’s, the authorities responsible for issuing the raid permit as well as the officers involved in the attacks, ignoring of the legal and criminal consequences of such a raid that targeted the community college. SAM called for initiating criminal investigations against the perpetrators of these crimes, as states are obligated to prosecute individuals who commit war crimes and serious violations of the laws of war before the judiciary.

SAM said that considering the Coalition neglecting to compensate the victims and reparation, and before that acknowledge of responsibility, the victims have the right to resort to all legal and judicial means to obtain redress from the authorities responsible for issuing the raid permit, as well as the officers involved in the attacks, and to demand investigating these crimes.