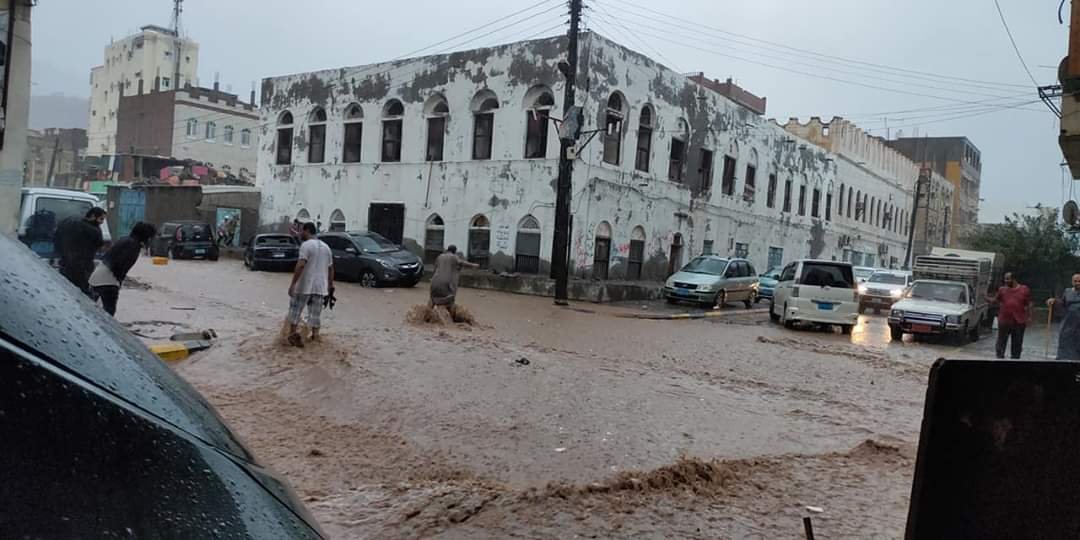 SAM Organization for Rights and Liberties, called on the international community, today, Tuesday, 21 April 2020, to assist Yemeni cities that have been severely damaged by the recent floods in particular, Sanaa, Aden and Mareb in addition to other cities.

SAM said in a press release, that the recent flood disaster that Yemen has experienced, is exacerbating the humanitarian crisis in Yemen, especially the IDPs camps that were destroyed by the torrents; and increases the health risks in the country which is already degraded and threatens to increase the spread of epidemics and diseases such as cholera, measles and dengue that afflicted tens of thousands during the war years.

SAM warned that leaving Yemen alone increases the challenge of the precautionary measures necessary to confront the emerging Corona Virus pandemic, and the dispersal of financial capabilities between helping those affected by torrential rains and confronting the epidemic, especially after registering a single case on April 10, 2020, and its spread in the countries surrounding Yemen, the difficulty of blocking and controlling border crossings due to corruption and poor financial capabilities

SAM pointed to the seriousness of the worsening humanitarian situation in Yemen, in light of a severe lack of funding for the Humanitarian Operations Fund in Yemen, and the risk that the United Nations will have to reduce or close 31 of 41 of its core programs in the country and this may lead to additional catastrophic consequences for the current situation, in which millions of Yemenis suffer from malnutrition, disease and other challenges.

SAM stressed the need for the parties to the conflict in Yemen to open windows of hope for the Yemeni people by contributing to alleviating the humanitarian catastrophe and allowing relief and organizations to deliver aid to those affected by the flood disaster.

The Organization cautioned that the absence of such assistance will threaten to exacerbate the health catastrophe, especially cholera outbreak that the United Nations warned in August of 2019, of a new wave looming on the horizon, which the rainy and torrential seasons these days might provide a fertile environment for it.

SAM stressed that the situation in Yemen is extremely dangerous, and all parties must deal positively, especially Houthis militia and the Arab Coalition, with the aim of giving Yemen a new opportunity for life.

In this regard, it urged the immediate release of detainees in prisons, especially with the advent of the holy month of Ramadan, and the current health situation, which suffers from severe crises that prevent it from standing up to challenges.