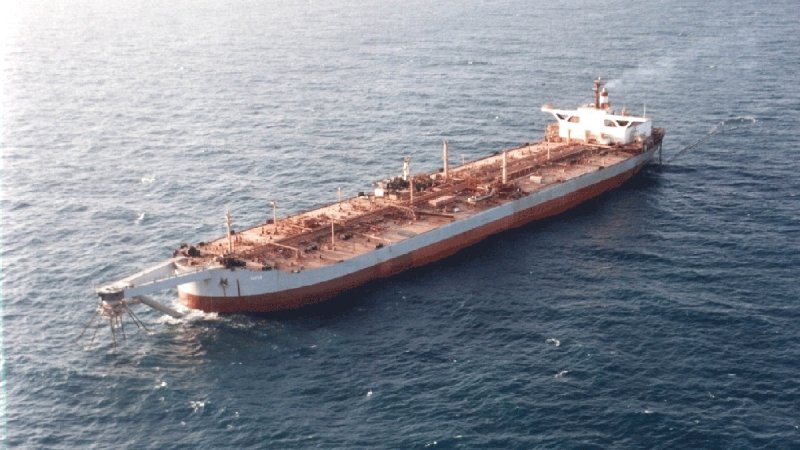 SAM Organization for Rights and Liberties said today, Friday 7/10/2020, that the Yemeni Red Sea environment is threatened by the floating bomb (Safer oil tanker) unless the international community move quickly to deal with this hazard

The organization, quoting expert Abdel Qader Al-Kharaz, said that Ras Issa, where the ship Safer is moored off,  is a region rich in biological diversity (coral reefs and mangroves in addition to a large diversity in marine wealth) which includes most of the Red Sea regions, and any oil spill will constitute an environmental disaster.

"The tanker contains highly concentrated oil sludges of heavy toxic metals such as arsenic, lead and cobalt. Due to the accumulation and lack of cleaning, this poses an additional imminent risk to the biodiversity of the Red Sea coast, the marine environment and natural resources, along with the risk of liquid oil in the tanker" he added.

The statement urged to dispose of the tanker’s working life has expired, beside the environmental damage caused by its stay on the site.

The organization also confirmed that all expected scenarios confirm the great hazard to the environment of the Red Sea, especially the Yemeni coasts and the international shipping line, and its impact will extend to all countries riparian to the Red Sea; Saudi Arabia, Egypt, Jordan, Sudan, Djibouti, Eritrea and Yemen, and its impact will reach the Gulf of Aden and the Arabian Sea. It will also cause damages to the environment, biodiversity and habitats in the Red Sea.

The statement noted that the impact of this disaster will be reflected on humans and agricultural lands and will cause diseases of the human being such as cancers and skin diseases and may cause death, as well as lead to the deaths of wild and marine animals.

The organization added that according to specialized reports, 115 Yemeni islands in the Red Sea will lose their biological diversity, more than 100,000 Yemeni fishermen will lose their source of income in fishing areas and 850,000 tons of fish stocks in Yemeni waters in the Red Sea are vulnerable to death as a result of water pollution and more than 900 species of fish In the Red Sea, are exposed to the risk of oil spills and oil sludge, as it will affect more than 300 types of coral reefs in this water and may lead to its death, besides that more than 3 million farmers in Tihama will be affected and their agricultural lands will be affected and will be contaminated with oil spots that may reach there.

International and official reports also spoke about the damages that may affect more than one million migratory birds during its annual crossing to the Bab al-Mandab area, and more than 300 species of wild and water birds in Yemen will face the risk of mortality in the islands and coasts that will be exposed to contamination by oil spills and oil sludge and more than 50 sites of birds in Yemen will be damaged as a result of pollution of the coasts and islands with raw oil and sludge, and more than 150 types of land and water migratory birds that are located in wetlands reserves and coasts in Aden governorate, will be at risk of death due to the crude oil slicks as well as oil sludges at the Gulf of Aden and the Arabian Sea.

Accordingly, the organization calls on the United Nations to work urgently to find practical and quick solutions to save the environment and marine diversity from a real disaster.