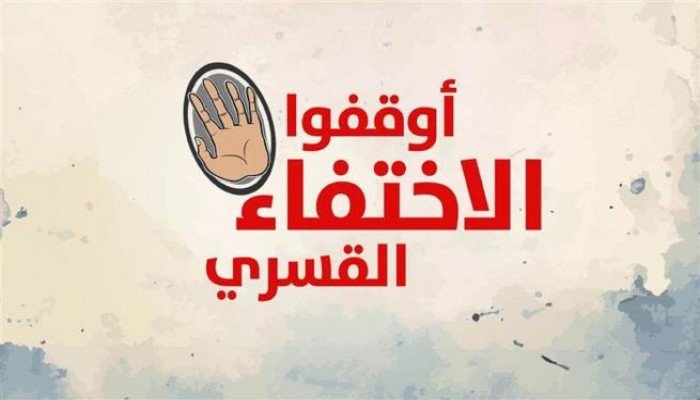 SAM and the American Center for Justice; Called to Disclose the Whereabouts of disappeared Yemenis in Yemen, the UAE and Saudi Arabia on the International Day of the Victims of Enforced Disappearance
SAM Organization for Rights and Liberties and the American Center for Justice (ACJ) said that the International Day of Victims of Enforced Disappearance comes this year and the number of forcibly disappeared persons has increased compared to the past year in Yemen, as the country is witnessing an unprecedented chaos and parties to the conflict in the country are racing to commit more human rights violations, mainly enforced disappearance.
The two organizations said in a joint statement issued today, August 30, 2020, that both the Houthis militia and the Emirati and Saudi forces in Aden and Hadramout, and the Political Security Apparatus of the legitimate government, are responsible for enforced disappearance crimes that have been committed over the past years, in addition to new cases documented by SAM in the prisons of the Kingdom of Saudi Arabia, including cases of persons who were abducted from Yemen, and others who were residing in the Kingdom before their disappearance, including civilians and military personnel.
The statement said that the Houthis militia is responsible for forcibly disappearing more than 500 persons, including Mahmoud al-Subaihi, former Yemeni defense minister, and Muhammad Qahtan, a Yemeni politician affiliated with the Yemeni Reform Party (Islah), while the United Arab Emirates make to disappear 40 persons, and released some of them, however they are not among cases documented by SAM indicating that, indicating that the real numbers of disappeared people are much more than what we have been able to document.
In Marib, both Dr. Mustafa Al-Mutawakel and Hussein Al-Dailami, belonging to the Houthis group, have been forcibly disappeared in the legitimate government prison for years, and in Taiz Governorate, the whereabouts of both Ayoub Al-Salhi and Akram Hamid is still unknown for the fourth consecutive years
The statement said that the enforced disappearance impacted women also, where Khaleda Al-Asbahi disappeared in Houthis prisons since May 11, 2018, and is still under enforced disappearance until the moment of this statement, and by this day, Ferdous Al-Dhalie, an employee at the Yemeni Ministry of Foreign Affairs, has entered the second week and is under enforced disappearance in the city Aden controlled by the UAE-backed Transitional Council.
The two organizations said the number of forcibly disappeared persons increased during the past year in the southern border regions of the Kingdom of Saudi Arabia, both in the prisons of some military brigades supervised by the Kingdom of Saudi Arabia, as hundreds of Yemeni families are not aware of the whereabouts and fate of their relatives, in addition to others who were disappeared in prisons in the Kingdom of Saudi Arabia, including Brigadier General Rashad Al-Himyari, the writer Marwan Al-Muraisy and Ibrahim Al-Masouri, and in Yemen where Saudi Arabia oversees private prisons run by Saudi officers in the eastern Yemeni governorates of Hadramout and Al-Mahra, where Yemeni civilians are imprisoned, including Said Safra, 46 years, whose relatives reported that he surrendered himself to the security forces in the city of Shibam, which in turn hand him over to the Saudi coalition forces; and his whereabouts or fate is unknown sine one year and a half .
The statement said that the Yemeni government's failure to ratify the "International Convention for the Protection of All Persons from Enforced Disappearance" has tempted the various parties to the conflict to practice enforced disappearance, in clear violation of international humanitarian law.
The two organizations called on the legitimate government to urgently ratify the International Convention for the Protection of All Persons from Enforced Disappearance, and also urged all parties to disclose the whereabouts of all who were forcibly disappeared, provide information about their condition and places of detention, and allow them to access their legal rights, such as communicating with their families and their lawyers, and release them or refer them to the judicial authorities.
SAM Organization for Rights and Liberties (Geneva)
American Center for Justice (ACJ) Michigan
2020/8/30
American Center for Justice-ACJ
HOME
Excerpts from Rights Stories