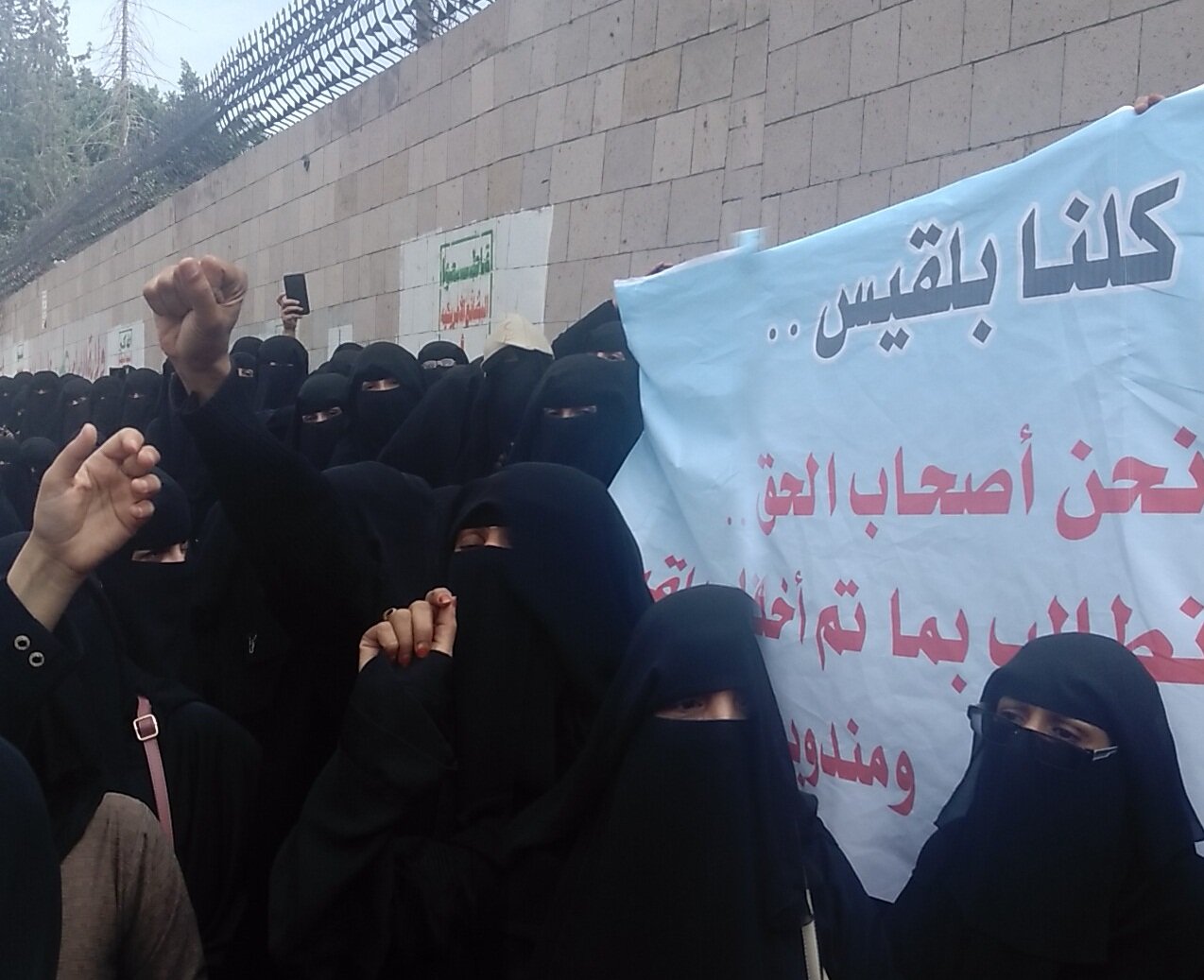 SAM Organization for Rights and Liberties condemns the practices of the Houthis militia against Belqis Al-Haddad, 40, who was arbitrarily detained and forcibly disappeared for a month before disclosing her whereabouts and confiscating her assets.

The organization stated that at 8:30 a.m. July 18, 2020, masked men from the National and Political Security raided Ms. Belqis Al-Haddad's house without any judicial warrant, and caused panic and terror among her children, then abducted her upon her arrival, and confiscated sums of money of various currencies on charges related to her financial activities, without presenting any legal warrant from the competent authorities, according to the testimonies of people close to her to SAM.

According to eyewitnesses, the security forces cordoned off the neighborhood in which she lives with military and armored vehicles, and the entrances and exits of the neighborhood were sealed, and about twenty masked armed men entered the house, broke into the bedrooms, and broke the cupboards, searched everything even women's handbags, and confiscated all the money and threatened the neighbors who tried to interfere.

SAM considers that the measures taken by the Houthis militia against businessmen and women are unacceptable. Rather, it is a crime of abuse of power and extortion practices against the property of "opponents".

SAM Organization also calls for the lifting of all coercive measures against Ms. Al-Hadda, and not to manipulate the judiciary for the benefit of the perpetrators of the among the militia, and to guarantee all legal rights of Ms. Al-Haddad, to defend herself.