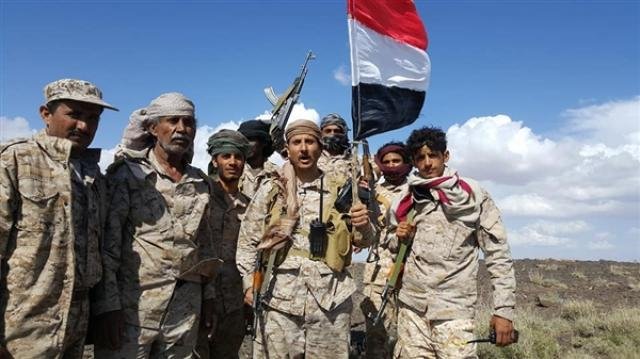 SAM Organization for Rights and Liberties said, on November 17, 2020, that the Kingdom of Saudi Arabia, the legitimate government and the Houthi militia are obligated to disclose the fate of thousands of Yemeni soldiers forcibly disappeared in the prisons of brigades supervised by Saudi Arabia or held by the Houthi militia due to the ongoing war in the southern border.

The organization said that many Yemeni soldiers - who are fighting in the southern border in brigades supervised by Saudi Arabia - have been deported to, Sana'a, after they were captured by the Houthi armed militia, and they were allowed to communicate with their families for five minutes only, in order to request sending money, to meet food and mediation expenses inside the detention centers.

Tawfiq Al-Humeidi - head of the SAM Organization - said, "The detainees and missing persons of the southern border are one of the disastrous repercussions of the Yemeni war that reveals the ugly face of the inhuman exploitation of the Yemenis, before whom decent job opportunities were blocked., and were forced to join fighting, hoping to provide for his family needs”, Al-Humeidi added that ignoring the missing and the detainees of the southern border, and failure to include them in the negotiations for the exchange of detainees between the legitimate government and the Houthi militia, is unacceptable, and increases the suffering of the detainees, and their families. Therefore, we call for to include the detainees of the southern border, especially those who were arrested in of Aal Jubara battle, in the upcoming negotiations.

Relatives of the detainees complained that the salaries of the troops had stopped for more than a year, which exacerbated the suffering of their families and their suffering, especially since some of them suffer from diseases and do not find medical care in the prisons of the Houthis militia.

Saudi Arabia formed military brigades, and its leadership was entrusted to pro-Salafi figures and deployed in the southern border, such as Radad al-Hashemi and Abu Ubaidah al-Ma’bri, and both have no combat experience and were not previously in the armed forces, and they are the cause of the Aal Jubara disaster, according to the testimonies SAM obtained.

Victims of the Joint Mobilization Committee

The organization confirmed that the Kingdom of Saudi Arabia entrusted the administration of the southern border to a military cell led by Colonel Prince Fahd bin Turki, former commander of the Joint Forces of the Coalition, and Major General Saad Aal Jaber, head of the Joint Mobilization Committee in the southern border, which is the committee that oversees the recruitment of Yemeni fighters and their deployment to the fighting axes in the camps which was created to defend the borders of the Kingdom of Saudi Arabia with Yemen, without any coordination with the Ministry of Defense in the legitimate government, and the Joint Mobilization Committee is the link between the Saudi leadership and the leadership of the new brigades in the southern border.

According to testimonies documented by SAM Organization, the fighters are treated badly, and their salaries are delayed, wounded are neglected, as many of them have been waiting for long time to travel abroad for treatment, as well as arbitrary detention and enforced disappearances for more than a year, in addition to torture.

On September 29, 2019, the spokesman for the Houthis militia, Yahya Saree, announced in a press conference that they had killed nearly 500 fighters in the Aal Jubara battle, and according to leaders of the same brigade, the Al-Fateh Brigade received only three bodies in the village of Al-Souh and that the number of detainees arrested by Houthis militia are more than 2000 fighters. Some fighters - according to what they reported to SAM Organization - asked the leadership of the Ketaf Axis to address the Red Cross to find out the number of dead and detained in the battle, but the Axis commander failed to respond.

SAM Organization confirmed that through its contact with officials in the brigade command, such as the Al-Fateh Brigade led by Radad Al-Hashimi, and other brigades of the southern border, it became clear that there is no accurate information about the fighters, whether they were killed in the battle or were captured by the Houthi militia, what caused great harm to the families who are making a great effort to find out the fate of their relatives, and formed an association called the “Ketaf’s Missed Families Association” aimed at finding out the fate of the fighters, providing a database on them, claiming their salaries, and pressuring them to be part of the negotiation of exchange deals between the government and the Houthi militia.

Muhammad Al-Adaini, Taiz Governorate, 22, has been missing since August 2019, recruited when he was 19 years old, three years ago, at the Ketaf axis, Wadi Aal Jubara, with Radad Al-Hashimi, Umm Muhammad Al-Odaini says that her son left his school due to his father’s illness, in addition to "special circumstances and the poverty we suffer".

Umm Muhammad narrates, “His father was suffering from kidney pain before Muhammad traveled, and now he had a stroke after he lost his son. We did not know his whereabouts, alive or dead.”  She said with sorrow that after four months of his loss, he called and said that he was a prisoner of the Houthi militia, and they did not inform him of his father’s illness so that he would not be shocked. She added, “He contacted us twice a month from the Houthi prison, asking for money and we have nothing.”

Muhammad used to support the family, as his mother says, “He has five sisters and his father suffers from a heart attack, and no salaries were paid to them, or followed-up their cases. They threw them like dogs in the deserts.” She confirmed that there were those who benefited from the salaries of the detainees, “They benefited from them and took their salaries, and we are helpless, we borrow in order to help them with money.”

Bakel, another detainee, from the Taiz governorate, one of his relatives says that Bakel was recruited at Al-Fateh Brigade 84th infantrymen, and he was not recruited before. A relative of Bakel reported that he is now "calling us monthly for money."

The wife of one of the detainees, 45 years old, has 7 children. She said that her husband went to Al-Buq in order to obtain a decent living. She confirmed that they told him that he would not go to fight because of his age, but he would work in the camp restaurant, and she continued: “When he went there, they took him for training. Then to the battle fronts until he was arrested by the Houthis, in the battle of Aal Jubara. He remained missing and we did not know anything about him until he called in the month of Rajab and told us that he was in the prison of the Houthi group, and asked for money so that he could meet his essential needs. ”The wife indicated that her husband was suffering from pain in his hand and leg.

Speaking to SAM, she said: "Unfortunately ... the coalition has stopped salaries. We do not know how to provide for his expenses and our expenses, and the oldest of his children is 13 years old."

Salman is another detainee, he went to the border due to the economic situation in Yemen, after a year he was arrested while he was returning on leave, and his fate was not known until after one of the detainees got out of prison, after which he managed to contact his family to send him money, as they did not get healthy food, and no medical care. His family says that they send an amount of 100,000 riyals a month, which is a large sum in light of the economic conditions in Yemen, as prison officials who receive remittances, deduct some amount and only the remainder reaches him.

SAM said that the detainees in Houthi prisons, who were captured during the battles of the southern border of Saudi Arabia, are deprived of their rights stipulated in international treaties, namely the Geneva Convention on Detainees and Prisoners, as they are unable to communicate with their families comfortably, and do not receive medical care, their names were not published or the Red Cross is informed of them to check on them. On the other hand, the Kingdom of Saudi Arabia stopped their salaries, and they were not included in the negotiations of prisoners and detainees, which requires serious action by the UN envoy and the international community to move the detainees' issue for a humanitarian perspective away from political consideration, provide them with medical care, and disburse their overdue salaries.