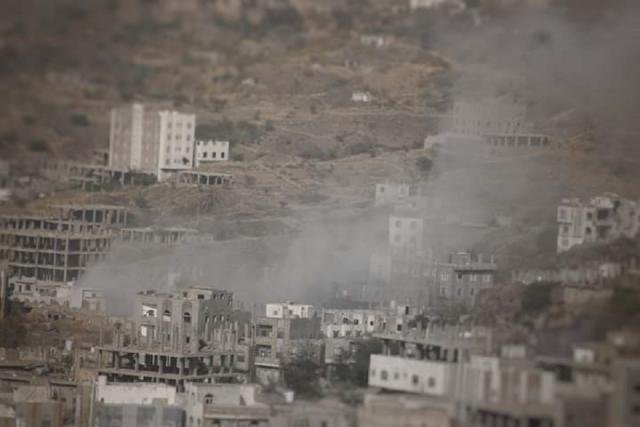 The organization confirmed that the Houthi militia committed a heinous war crime yesterday, Monday, November 30, 2020, by targeting the populated Al-Mufatish neighborhood, north of Taiz, and a number of other neighborhoods, which led to the killing of two girls, 5 years, and 9 months receptively, and wounding seven civilians, most of them are women and children. Taiz hospitals have received many bombing victims, including in Al-Thawra Hospital, Al-Safwa and Al-Rawda Hospitals, some of them seriously injured.

Eyewitnesses reported that the shells that targeted Al-Mufatish, Osaifra and other neighborhoods north of Taiz, were launched from Tabbat Hatim, which is under the control of the Houthi militia, in Wadi Jadid, Ar-Arbaeen Street, north of Taiz.

The organization described the photos of the victims reported on social media as "shocking", and reveal to the world the cruelty of the war waged by the Houthi militia on residential areas, which requires the international community to act immediately, to preserve peace and stability in Yemen.

The organization confirmed that the crimes committed in Taiz are among the war crimes according to the Rome statutes, which makes the leaders of the Houthi militia, whether supervisors or implementers, face trial for carrying out indiscriminate attacks on civilian neighborhoods.