Yemen: The Rise in Religious Discourse by the Houthi Group Portends Unprecedented Acts of Violence 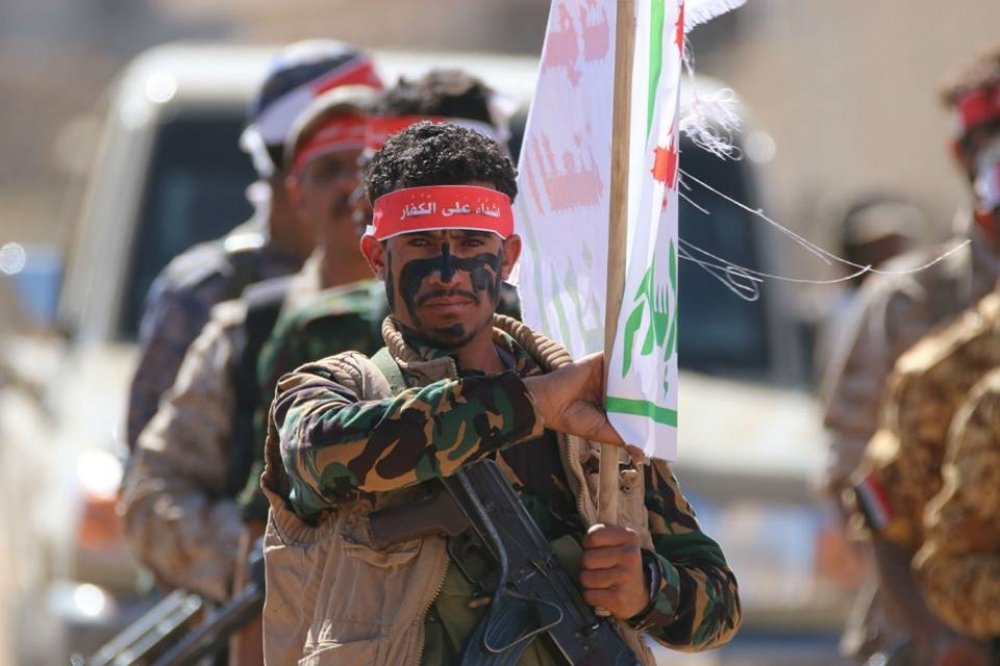 Geneva- SAM Organization for Rights and Liberties said that it is following with deep concern the statements of the officials and followers of the Houthi group through social media platforms which they use to call for taking control of Marib and killing civilians, stressing that these tweets reflect the real intention of the Houthi group to commit crimes and acts of violence beyond expectations against the civilians in the city

The organization underlined in its statement issued today, Wednesday, that the monitoring team belonging to it has documented numerous tweets, statements and some interviews that have implications of Houthis’ actual orientation of conducting a large military operation which may affect all walks of life in Marib city, relying in their speeches on arousing the religious emotions of the fighters.

The organization stressed that these threats and tweets described residents of Marib city as “infidels” and claimed that fighting them is an “individual duty”. They also compared civilians in Marib to “Jews” who must be exiled and killed. One of these tweets was the one by someone named “Abdulsalam Jahaf” who said “Marib is the decisive battle and liberating the city would mean a lot to Yemeni people,” he described the residents of the city and said “a collective group of infidels from ISIS, Al-Qaeda, Muslim Brotherhood, Jewish and Christian communities” as he put it stressing that “everyone who carries a weapon should head to the city” as mentioned in his tweet.

As for Sana’a University president who was appointed by the Houthi administration, Fawzi Al Sageer, he stated on his facebook page, “Today, the trees and stones speak and say: O Muslim, there is a Jew behind me, come and kill him.” In reference to residents of Marib whom he described as Jews and said they must be fully killed.

SAM also monitored a video of Dhamar Governor appointed by the Houthi group and the Supreme Political Council member, Mohammed Al-Bukhaiti, on which he indicated “we are not moving against Marib for political goals or disagreement with anyone, but we are heading there based on divine commands and legislatives.” This thing reflects concerning and clear gravity of using the religious discourse to fuel conflict.

Another circulated video shows a Houthi Preacher who said through a sermon “America and Israel and their followers in Yemeni cities are the reason behind the destruction and these followers should be fought and killed.”

SAM emphasizes that the use of religious speech by the Houthi group is not new as the organization has been monitoring the Houthis’ adopt of this kind of speeches in their military attacks and operations on many civilian neighborhoods. SAM also confirms at the same time that this documented threatening tone reflects the real intention of this group to use the excessive force and unjustified acts of violence against the civilians in Marib city.

The international organization confirms that these practices and whatnot are regarded as a gross violation of international conventions and instruments including the International Covenant in Civil and Political Rights, the Universal Declaration of Human Rights, Hague Rules, and many other international rules that criminalize the use of religious or racist discourse in reigniting conflicts and perpetrating violations.

SAM stresses that the continuation of negative role of the international community and only issuing statements and media attitudes to face the threats and crimes committed by the Houthi group would lead to perpetrating more grave violations that would affect thousands of civilians. It also emphasizes that the international community led by the Security Council needs to take a prompt and urgent action in order to stop the expected violations that would be committed in Marib, especially after the escalation in bombing and targeting the city for weeks.

SAM concluded its statement by stressing the need to find a peaceful solution to the conflict in Yemen and to work for a ceasefire in the city of Marib, which has been witnessing an escalation of the military operation. SAM also called upon all the parties to the conflict in Yemen to engage in dialogue in preparation for building a democratic system that guarantees the Yemenis fundamental rights and their political aspirations.