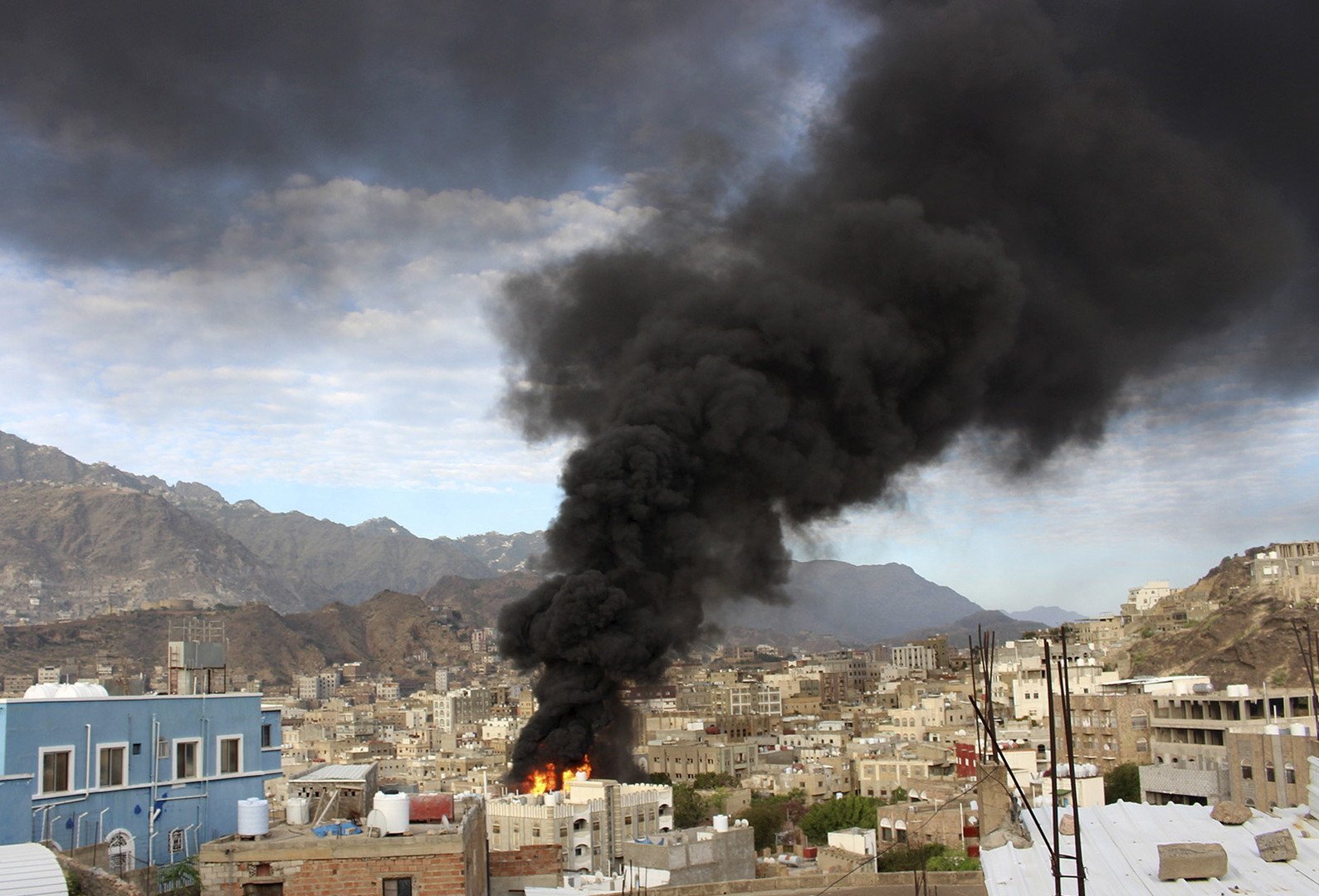 Geneva - SAM Organization for Rights and Liberties has expressed its grave concern and strong condemnation of the escalation of targeting civilian objects in the city of Taiz by Houthi militia, calling on the international community to assume its full legal and moral responsibilities towards the years-long conflict in Yemen.

The organization indicated in statement issued today, Sunday, that Houthi forces targeted Al-Rawda neighborhood in the center of Taiz with two artillery shells at 12:30 pm, which resulted in the injuring  6 children while leaving the schools, with initial reports on wounding number of students due to shrapnel of artillery shells that fell on the residential neighborhood.

The organization stated that another shell targeted the Al-Nisirah neighborhood yesterday, hitting the Al-Zubairi school, and Houthi militia bombed Al-Thawra General Hospital, which led to the injury of a staff there, while the Houthi militia blew up two houses of civilians in the Sanaa taxi stand.

The organization stresses that the practices of Houthi forces in targeting civilian objects and residential neighborhoods aim to inflict the largest possible number of victims, which reflects the true intention of deliberate killing of those forces, stressing that these repeated attacks are  war crimes and crimes against humanity, which requires the International Criminal Court to initiate a serious investigation into the circumstances of the repeated targeting.