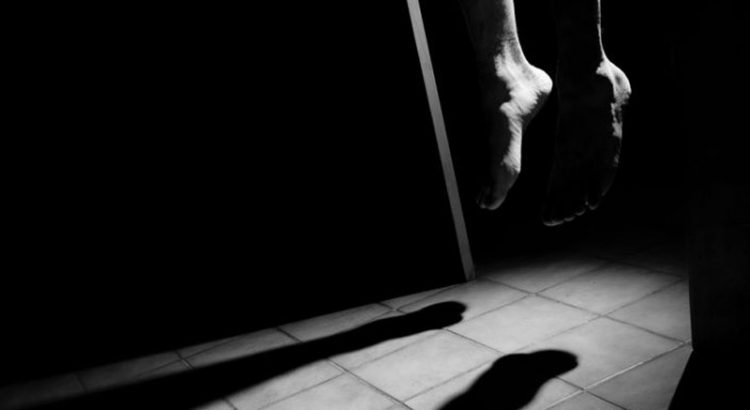 Geneva: SAM for Rights and Liberties has appealed to the international community to intervene urgently to release detainees at Mukalla Central Prison in Hadramaut province and to prevent mass suicides initiated by detainees inside the prison, protesting the tragic conditions of their detention, lack of legal rights and the inhumane practices against them inside the Central Prison in Mukalla.

In a statement issued today - Monday- March 22, 2021, the organization said that it has received information and statements all indicating the escalation of suicide attempts carried out by Yemeni detainees inside the central prison in Al-Mukalla city, due to the intransigence of the prison administration in releasing them despite the issuance of orders to release them from the Public Prosecution, and the Yemeni authorities bear full legal and criminal responsibility for the lives of those arrested.

The organization highlighted that it received an exclusive statement from the mother of one of the detainees in the central prison, which witnessed the tragic conditions of the detainees there during the visit of her son. She stated that the detainees in the central prison suffer from difficult living and health conditions, stressing that she saw cut marks on the hands of those persons, in reference to their attempt to commit suicide, whose son was one of them, because of brutal practices and inhumane conditions of detention in addition to the length of the duration of the of detention, adding that her son entered his fifth year of detention without being tried or allowed legal guarantees of arrest and defence.

"I saw three people in ambulances who had tried to commit suicide while we were there, and I saw a group of detainees whose bodies were so thin that their bones became visible due to extreme fatigue, lack of medical care and basic requirements." "I can only see my son from behind bars, and even if they let me see him, it will be for a few minutes," she said.

In another statement that "SAM" received, Omar, a pseudonym, of one of the former detainees in the central prison: "I was imprisoned with a relative of mine, and we were held in the central prison, where we were arrested on November 25, 2019, and three days later we were ordered to release from the public prosecutor's office, but we remained in detention despite providing the guarantees requested by the authorities. I was released on September 2020, and my relative remained until this day, despite being included in the release order on which I was released from the central prison."

Omar added in his testimony: “The Public Prosecution does not allow the release orders to be photographed, but rather sends them to the administration of the Central Prison, and we do not know why the prosecution prevents us from our right to obtain a copy of the release order. Also, the defendants suffer from being deprived of their right to a fair trial, as the defendants meet with their lawyer only in the courtroom, and families are prevented from attending the court sessions.

Sam pointed out that there are other complications that the Yemeni authorities bear their responsibilities, which led to the aggravation of the conditions of detainees inside the central prison, such as the failure to implement the release orders issued by the Public Prosecutor's Office, in addition to the strikes of judges that had the effect of delaying the continuation of litigation procedures, and the suspension of the execution of the sentences of the release of detainees, which led to the escalation of mass suicide attempts because there is no radical solution guaranteeing those persons the right to release despite the release orders, in addition to the length of trials and arrests on illegal charges.

According to information obtained by Sam, most of the detainees in the central prison were abducted by UAE-backed forces without warrants or proven charges, which makes the current Yemeni government a contribution to the violations committed by members of the militias affiliated with the Emirates.

Tawfiq al-Hamidi, president of SAM's Organization for Rights and Liberties, said: "The reports we receive and the information we monitor about the existence of mass suicide attempts in the central prison are a serious development that obliges the international community to intervene immediately without waiting for any political or international efforts, as the lives of dozens of detainees are in real danger, and delaying the intervention will hold the international community responsible for what may happen if the protests of the detainees develop."

"The internationally recognized legitimate government's practices are reprehensible, and instead of the authorities helping to protect the rights of civilians in the face of difficult political, economic and social conditions, we find these violations deepened by their illegal and immoral practices towards those held in the central prison with their silence and inability to act," al-Hamidi said in his statement.

For its part, "SAM" emphasizes the need for the Yemeni authorities to assume their responsibilities and release detainees inside the central prison, work to solve the problems and challenges suffered by the judiciary, and instruct the executive authorities, including detention centers and prisons, to implement the release orders issued by the Public Prosecutor's Office, stressing the importance of establishing an independent committee to monitor the work of prison administrators and wardens, and conditions of illegal detention inside detention centers and prisons, in addition to providing the basic rights of persons found guilty of charges punishable.

SAM concluded its statement by calling on the international community to intervene urgently and save the lives of dozens of detainees inside the central prison, and to work to bring violators to urgent trial for serious violations experienced by individuals there, stressing that delayed international and political solutions will mean more unjustified attacks against civilians, stressing that the political and economic conditions in Yemen do not tolerate any delay, and that the need for real international will to develop serious solutions to crimes and violations for years.