SAM, any initiative to resolve the Yemen crisis that does not proceed from the legal track and bringing justice to the victims is not going to succeed 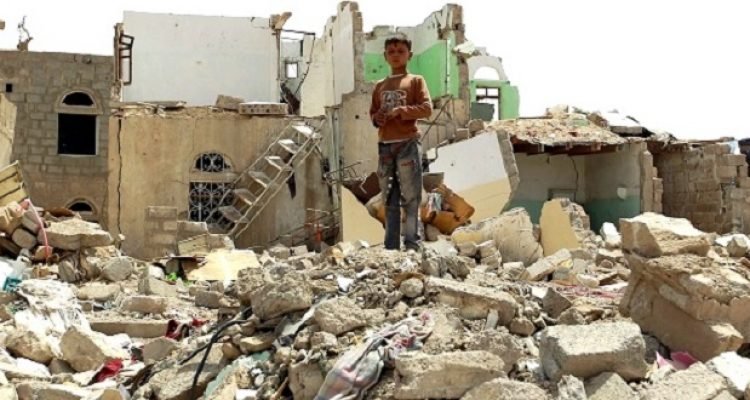 GENEV - SAM said it was disappointed that the international community and States taking initiatives to resolve the conflict in Yemen have repeatedly ignored the human rights and legal path. Affirming that any attempt by States to resolve the conflict in Yemen must be based on respect for the rights of Yemeni citizens and the prosecution of offenders.

In a brief press release, the organization said that it had closely followed Saudi Arabia's announcement of its ceasefire initiative in Yemen and had begun to develop solutions to end the years-long conflict, at the same time, however, it regrets that the latter initiative came in the context of an extended series of initiatives that develop political solutions to resolve the ongoing conflict, ignoring the impact of those years on Yemeni civilians of unjustified violations and wholesale attacks that have had, and continue to have, effects to this day.

SAM stressed that any initiative that does not follow the rights and legal path is an attempt to circumvent the rights of millions of Yemenis and to flout the attacks on life and physical integrity to which they have been subjected, which were ended through direct killings , indiscriminate shelling, arbitrary detention, torture, forced displacement, recruitment of children, abuse of women and destruction of civilian objects and installations.

SAM noted that most of the initiatives put forward by States, including the initiative put forward by Saudi Arabia to propose political solutions, omit the rights and legal course to resolve the conflict in Yemen, noting that these intermediaries, including Saudi Arabia and the Emirates, are involved in serious and directly or indirectly condemned practices and violations against Yemenis ,these include the sale of weapons to the parties to the conflict, the involvement of civilians in the Saudi border conflict, the establishment by the United Arab Emirates of secret prisons that have witnessed the torture and murder of thousands of Yemenis over the past years, as well as the coup d'état against the legitimate Government in Aden.

SAM has revealed that it is working with activists and rights organizations to form a rights conglomerate to press for the rights and legal course of any initiative to resolve the crisis in Yemen by communicating with a number of human rights and international organizations. At the same time, it emphasizes the need for States to take into account the fundamental rights of the Yemeni people that have been violated and to stress the need for offenders to be brought before the judiciary and thus to proceed to the order of the Yemeni home by calling for inclusive dialogue and ensuring the establishment of a democratic system that meets the ambition and aspirations of the Yemeni people.