On the Sixth Anniversary of "Operation Decisive Storm", Derailment and Violations Amounting to War Crimes 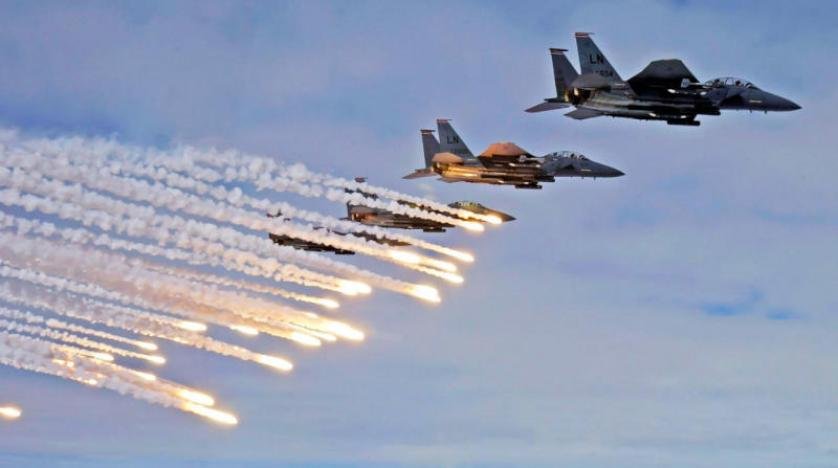 Geneva- SAM for Rights and Liberties: The level of enjoyment by individuals of their fundamental rights in Yemen is constantly declining because of the serious and illegal encroachments carried out by all parties involved in the conflict in Yemen six years ago , emphasizing that the participation of some States in the conflict in Yemen had deepened the effects of the violations suffered by the Yemenis, stressing that their intervention had not respected the basic principles of human rights in the war, and that the practice of some of those States had violated Yemen's sovereignty, territorial integrity and the safety of its citizens.

In a statement issued simultaneously with the sixth anniversary of the launch of the so-called military operation, SAM stated "Operation Decisive Storm" which followed the Houthi militia's coup against the legitimate government in Sana'a on 21 September 2014 raises real questions about the role of the international community in relation to the crimes committed in Yemen years ago without any effective action or even the effects of an operation. The "Decisive Storm," which had a negative impact at the legal, humanitarian and political levels in conjunction with the body of information documented by SAM, about those forces committing killings, abductions and torture that amount to "war crimes" and "crimes against humanity."

On 26 March 2015, a military coalition of nine Arab countries, formed by the Kingdom of Saudi Arabia and it was called “ The Arab Coalition in Support of Legitimacy in Yemen,"  , launched a large-scale air operation against multiple Houthi targets in the capital, Sana'a, and other provinces under the control of Houthi militias, noted that the coalition's intervention was at the request of the Yemeni President. "Abd Rabbo Hadi," to restore legitimacy in Yemen, after the Houthi group took control of the capital, Sana'a, and most of the northern Yemeni provinces and marched towards the southern governorates.

SAM stated in its statement that its monitoring group had documented disturbing figures of violations of all levels of rights during Operation Decisive Storm including violations of right to life and security of person, the right to personal liberty and to freedom of movement and protection of women and children. With regard to the violation of the right to life, the Organization has documented that coalition forces, through their military operations, have unduly attacked the lives of individuals by targeting them through indiscriminate bombings and the direct targeting of some persons, in which they carried out more than 800 airstrikes during their years of intervention, resulted in the death and injury of more than 10 thousand civilians, including women and children. Some United Nations figures indicate that 42,000 civilians lost their lives and were injured as a result of these attacks and 505 civilians, including women and children, and that those attacks destroyed 456, 849 homes.

The organization also documented the repeated targeting of the Yemeni army. The Arab Coalition aircraft carried out more than 62 aerial strikes during its intervention, resulting in a large number of deaths and injuries, including its attack on government forces on the outskirts of Aden on 30 August 2019, which resulted in the death and injury of more than 350 Yemeni soldiers. Emphasizing that this and other crimes are a full-fledged war crime that requires criminal responsibility for the States participating in such targeting and for the implementing soldiers.

The "Arab Coalition" aviation attack destroyed nearly 100 markets.70 power stations, 239 schools, 110 hospitals and 20 universities, in addition to thousands of houses, noting that Coalition aircraft deliberately target civilian objects for which international humanitarian law and rules guarantee special legal protection. This reflects the criminal mentality of those States in dealing with the Yemeni crisis and that their intervention was not to eliminate the Houthi militias and others, but rather to achieve their own objectives and aspirations of Yemen's territory and its citizens.

SAM highlighted that some violations increased after the Arab Coalition States intervened through the  "Decisive Storm". The practices of these countries have played a prominent role in further violating the rights of civilians, primarily secret prisons in Yemen, which are run and financed by the United Arab Emirates forces, these forces have deliberately concealed thousands of Yemeni political opponents, opinion holders and even civilians without charging or bringing the detainees before the judicial authorities.

SAM stresses that there are no precise figures on the numbers of these prisons because of their widespread reach and difficult location, but it has documented 25 secret prisons spread over several areas, such as: Al Mahrah , Seiyun and Al Mukalla in Hadhramaut Governorate, Azzan in Shabwah Governorate , Abyan and Lahij prisons in the west coast and in Mocha and Al Khawkhah.

In addition to the above-mentioned crimes, the Southern Transitional Council - supported by the Emirati - turned against the legitimate Government in Aden. It supported an armed militia that did not follow the Government until it became a dagger in the State of Yemen to control the strategic ports and coasts of Yemen from Al Mahara to  Hodeida and  prevented the Government from administering it, as well as the practice of some sovereign State actions and the establishment of military bases on some islands such as Honish, Perim  and Socotra without coordination with the Yemeni Government.

In this regard, SAM stated that the Allied Coalition Forces had blocked the movement of Yemeni ports and had placed inanimate conditions for docking and unloading containers. The Coalition required ships to go to Jeddah for inspection first and then head to the port of Aden to unload, thereby raising freight costs and increasing the length of time it took for ships to travel to Jeddah and return. In addition to container insurance fares, which reflected the cost of shipping the container, which exceeded $5400 per container, which was shipped from, say, East Asia, while the container itself costs no more than $1,800 if shipped to the port of Salalh in Oman, this disrupts the work of the port of Aden and the rest of the ports against Yemen's interests and in order to avoid its revenues, which are supposed to exceed billions of dollars if work at the port of Aden and the rest of the ports reaches normal operating levels.

SAM adds that the Coalition forces adopt the same policy of blockading and narrowing with occupied airports such as Al Rayan and Al Ghaydah Airports ,and preventing commercial flights to them. Moreover, Yemeni aviation can only travel through Yemeni airspace with the permission of the coalition. Yemeni aircraft cannot stay in Yemen and are forced to bear significant financial burdens to stay and maintain outside Yemen, thus impeding the possibility of providing quality services or even preserving existing assets.

*SAM, for its part, said that many international rights organizations, including Human Rights Watch, have monitored and documented numerous violations of civilians by Houthi forces and the Arab coalition, stating that "violations committed by the Arab coalition forces amount to crimes against humanity." Human Rights Watch" has confirmed through one of its reports that Saudi forces and their allies in Yemen have committed serious violations against civilians in Mahra governorate in eastern Yemen, indicating its monitoring of various violations, including arbitrary arrests, torture, forced concealment and illegal deportation of detainees to Saudi Arabia. In addition to interrogating and torturing detainees at Al Ghaydah, Al - Mahara airport, which is overseen by Saudi officers, these forces have described violations against Al - Mahara  residents as serious and appalling, adding to the list of illegal actions of the Saudi - led coalition in Yemen.

*Amnesty International documented violations by the Arab Coalition forces, which included practices of "indiscriminate attacks, arbitrary detention, enforced disappearance, torture and other ill-treatment, sexual abuse, restrictions on the entry and movement of commodities and humanitarian assistance." Some of those violations amount to war crimes. "

SAM emphasizes that the data it has documented and the domestic and international law institutions prove beyond any doubt the involvement of the forces of the States involved in an operation. "A storm of resolve" in committing thousands of crimes against Yemeni civilians, noting that the lack of domestic criminal accountability resulting from the erosion of the powers and powers of the judiciary in Yemen, which has come under its control, independent of the principle of the independence of the judiciary, has had a severe impact on the escalation of executions and arbitrary arrests, particularly in areas controlled by the Houthi and security belt forces.

SAM concluded its statement by stressing the grave and disturbing impact of Operation Decisive Storm on Yemeni civilians and the extent to which they enjoy their fundamental rights, calling on the Arab States to withdraw immediately from Yemen and to respect its sovereignty and territorial integrity. The Organization also stressed the need for the international community to assume its legal and moral responsibilities, first and foremost to protect the rights and lives of Yemeni civilians from violations by multilateral parties. Working towards a consensual United Nations solution that guarantees a ceasefire and a ban on the activity of any State interfering in Yemen's internal affairs and the establishment of a United Nations commission to investigate the consequences of violations committed by the various forces and to bring them to a fair trial is the counterpart to the crimes committed against Yemenis. Stressing that any political solution to Yemen must go through legal means by applying the rules of international law to all violations that have taken place, bearing in mind that each party has contributed to the deterioration of the humanitarian situation in the country.