On World Press Freedom Day
SAM and Organizations defending journalists in Yemen: Yemeni journalists continue to be targets of abuse 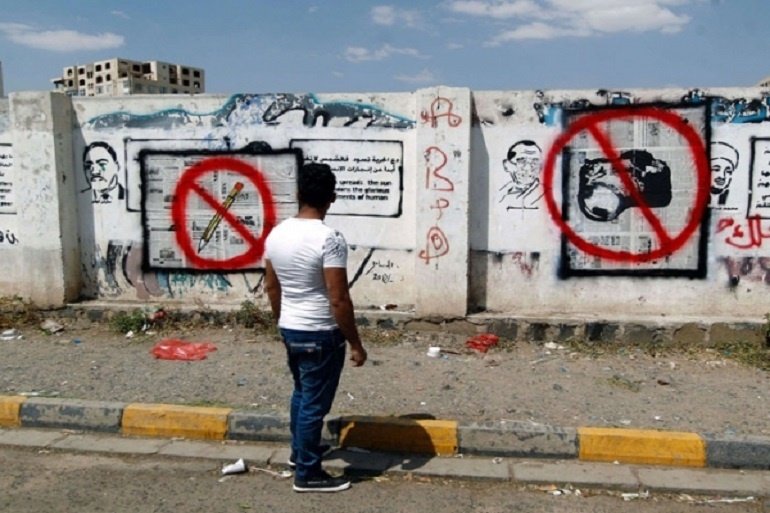 On the occasion of World Press Freedom Day, which falls on May 03 of each year, we congratulate Yemeni journalists and all journalists throughout the world. We express our appreciation to the journalists and media who are still fighting for the truth and professionally fulfilling their professional duties despite the risks of war and the outbreak of the Coronavirus pandemic.

Although the world celebrates the 28th anniversary of the Universal Declaration of Freedom of the Press and significant steps forward have been made in support of freedom of the press and freedom of expression, unfortunately, we are witnessing a frightening retreat of media freedoms in Yemen. The intensity of this setback gets sharper every year as the war rages on, entering its sixth year.

Yemeni journalists pay a heavy price on a daily basis for doing their professional work of covering events in the various parts of Yemen. A total of 143 violations were reported last year, including three cases of murder!

In addition to the violations against Yemeni

journalists, the razing of press freedom has become catastrophic. Many Yemeni cities have turned into closed areas for one dominant viewpoint. The media diversity that Yemen enjoyed in many of its cities has disappeared.

While the world is witnessing an advanced debate on the sustainability of independent media, competition of Internet companies, and media awareness, ten Yemeni journalists are still detained, having spent more than five years behind the bars. Four of these journalists have been subjected to death sentences in April 2020, against the backdrop of publishing cases.

In this regard, we repeat our rejection of the death sentences against the four journalists (Abdulkhaliq Imran, Tawfiq al-Mansuri, Harith Hamid and Akram al-Walidi) who have been kidnapped for nearly five years in Houthi prisons. We confirm that the death sentences against the four journalists are rejected, unfair, arbitrary and null and void as a whole because they are issued by an incompetent court, and are squarely fitted into the context of intimidation and abuse by the Houthi group against its opponents and those who disagree with its standard viewpoint.

We also hope that the world will support the efforts of Yemeni journalists to stop the daily violations that are practiced against them, and that the perpetrators of attacks against journalists will be held accountable and brought  to justice.

We also hope to provide all support to the Yemeni media, especially independent media, which faces formidable challenges in light of the media polarization that has arisen as a result of the conflict in Yemen.

- SAM Organization for Rights and Freedoms

- The Electronic Foundation for Humanitarian Media

- Media Village for Development and Information

- Defense Foundation for Rights and Freedoms

- Dhameer Foundation for Rights and Freedoms

- Platform for Media and Development

- Maraya Center for Media and Development

- Lawyers Association for Promoting the Rule of Law

- TOBE FOUNDATION FOR RIGHTS AND FREEDOMS