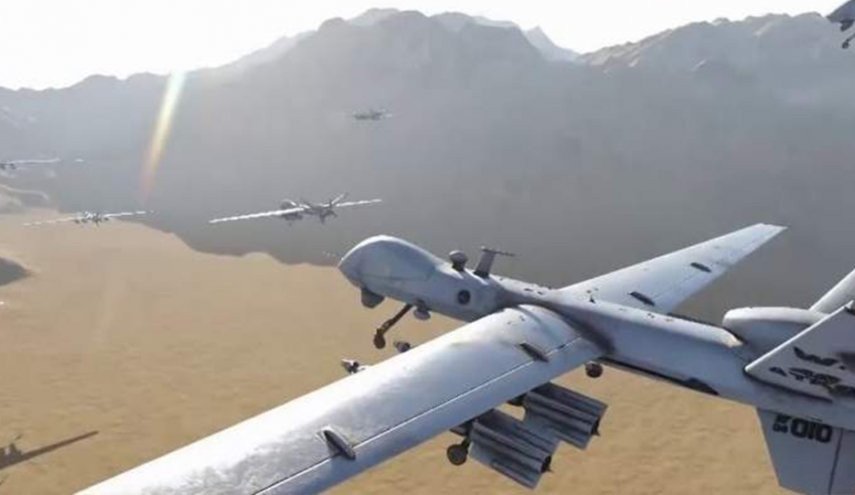 Geneva. SAM said it was considering with great gravity the evolution of the mechanisms used by the Houthi forces in violating basic Yemeni rights, the most recent of which was sending  number of drones, which killed and wounded civilians, calling on the international community to launch an urgent and serious investigation into the consequences of that attack.

In a statement issued today Wednesday, the organization noted that in two separate incidents, on Sunday and Monday, 16 and 17 May 2021, the Houthi militia bombed restaurants in a local  markets, killing three civilians and wounding twelve others. One of the restaurants located at a local market in the Taif area in Al - Drehmi was bombed by a drone  around 7:30 a.m. which killed Abdullah Faisal Al - Drehmi  20 years old and wounded  Mohamed Thabat Ali, Mohamed Hussein Saleh, Essam Sufian Ahmed, Amar Muhammad Saeed, Ali Alhaji Saeed and Abdullah Faisal Jafar. The victims were taken to the field hospital in Al - Drehmi  and then to Al Khawkhah.

On Monday, 17 May 2021, in a separate incident, three drones marched and bombed another restaurant in the Kud - Ghelyfqa area, killing two restaurant workers and wounding seven others.  SAM stated that the head of the United Nations Mission in Support of the Hodeida Agreement and the Chairman of the Redeployment Coordination Committee, Lieutenant General Abhijit Goha, had condemned the incident but did not mention who launched the drones and bombed civilians.

The Human Rights Organization highlighted the United Nations sponsorship of the Armistice Agreement, which provided for a ceasefire in Hodeida signed by both legality and the Houthis late 2018. Despite the signing of a truce agreement between the parties, the Houthi militias have not stopped targeting civilians .The latest UNHCR figures revealed that "Hodeida is one of Yemen's most affected cities during the six years of conflict" between government forces and the Houthis. The report observed "the deaths of 2900 civilians as a result of the conflict in Hodeida, 6,600 homes damaged, 33 schools and 43 roads and bridges damaged."

The Houthis control small parts of the governorate capital city of Hodeida, including the port, close to the frontlines, and parts of the rural districts, while the other areas are controlled by the joint forces of the "Giants Brigades, Tariq Saleh Forces," supported by the United Arab Emirates, as well as the Tihamah Resistance which follows the legitimate government and refuses to support the UAE presence in the governorate.

For its part, the Organization emphasized that the use of  drones by the Houthi militia  in recent events against civilian objects in Hodeida, which has resulted in the death and injury of civilians, is a serious development, which constitutes a serious violation of international legal norms, such as the Universal Declaration of Human Rights, the International Covenant on Civil and Political Rights and the principles of humanitarian law governing the situation of armed conflict and which have prohibited any direct use of force against civilians, civilian objects or places designated for civilian use , affirming that the unlawful attack by the Houthi forces on the right to life requires serious and international investigation of its repercussions.

The organization stressed the need for the United Nations Mission to play a greater role in pressuring the Houthi community to stop breaches of the agreement signed between the parties. Not only to issue statements of condemnation and denouncement without mentioning the parties in violation of the Agreement, which the Houthi militia has consistently understood negatively that is represented by these violations, whose victims are civilians, Including children and women, whose rights to safety and freedom of movement are supposed to be protected by the Hodeida agreement, in addition to the protection of legal texts under both international and Yemeni law.

SAM concluded by calling on the Houthi forces to immediately cease their unjustified violations, to respect the armistice agreement signed in 2018 and to ensure that individuals can exercise their lives normally without any threat to their lives and physical integrity. SAM also called on the international community to comply with its legal and moral obligations, to put an end to the complex violations committed by the parties to the conflict in Yemen, in particular the Houthi forces, and to initiate a comprehensive rescue plan to ensure the preservation and enjoyment of Yemeni rights, as well as to ensure that those involved in crimes are brought to justice for their crimes.