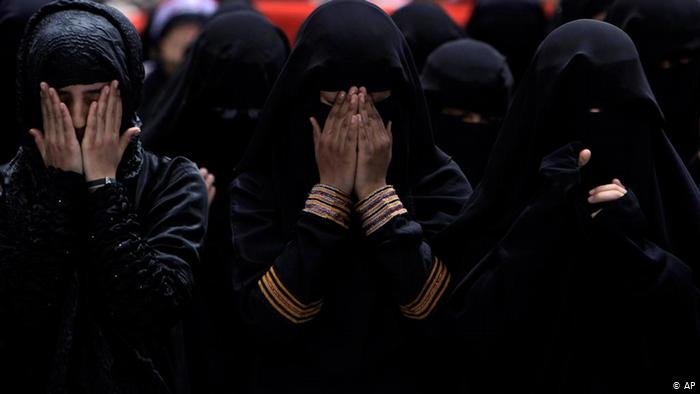 Geneva. SAM has expressed its total rejection and absolute condemnation of the practices of the Houthi group against women in Yemen and their exploitation in acts contrary to law and public morality on the grounds of national service. SAM expresses its shock at the information that women were being exploited to target prominent government figures and politicians by sexually overthrowing them, stressing that such practices violated the rights and dignity of the abductees guaranteed by both international and Yemeni law and the constitution.

In a statement issued today Wednesday, the organization noted its deep surprise and concern at the leaked statements and videos that demonstrated the Houthi group's demand that its female detainees in secret prisons engage in acts of "sexual harassment and forced prostitution" against prominent politicians, members of the Government and others.

SAM reported that it had heard a leaked video of the Yemeni member of Parliament Abdu Bishr, speaking at a session of the House of Representatives of  al-Houthi group  in Sana'a, which revealed that the security apparatus of the Houthi group had formed prostitution networks to entrap officials and opponents. He noted the existence of secret prisons used by the Houthi which were designed to place women and girls for that purpose. Where he said: "The Houthi security service has recruited women and brought them to the attention of members of the Government, the Political Council and the Parliament in order to bring them down and to photograph them in shameful positions." He added: "This is a list of women, targeted ministers and prisons established for this purpose."

On another level, SAM said that it had seen testimony from a judge who, accompanied by a delegation of activists, visited some women in the Central Prison in Sana'a and carried out what they were subjected to in those prisons. In a post on his Facebook page, Abdul Wahab Qatran reported that he was a part of a delegation made up of a number of figures who visited the Central Prison in Sana'a. They met the model Entesar Al - Hammadi, who told them of the harassment and strange orders she had been subjected to in the prison.

According to Qatran, " through his Facebook account,   the delegation included journalists, lawyers and members of the judiciary," and that Entesar  "told them of her" oppression, abuse, injustice, fabrication of charges, from being accused of drug trafficking without any evidence, to having failed to obtain evidence that they accused her of prostitution without any evidence too " The delegation was shocked when Entesar told them  that the Houthi group, after their arrest, took her and other girls to several homes, and they told us to drink and rest with the people of those houses, so I told them this is prostitution!  They responded to us  it’s ok as long as it’s  for the service of  the homeland!"

SAM said that this was disgusting and immoral behaviour, revealing the extent of violence against women in Yemen in the Houthi areas of control. The recent revelations were a kind of forced prostitution, which was a serious crime. The international community must act quickly to stop this crime and to expand the scope of sanctions against persons found to be involved, and to ensure the protection and the psychological and legal support of survivors and deserters from these prisons.

SAM confirmed that it had issued two independent reports on the situation of women in Yemen, one on 3 July 2019, entitled "What's left for us," which revealed the arbitrary arrest and psychological and physical torture of women in Houthi prisons in Sana'a, Amran and Hodeida, and the other on 18 March 2021, entitled "Women in Yemen: Prolonged Suffering and Horrific Violations ", stressing that there have been serious violations of the rights of women in Yemen during the war, particularly women held in Houthi militia prisons, including police stations and military checkpoints.

SAM, for its part, showed that Al Hammadi was arrested on 20 February, while she was on her way with two colleagues and a friend to a photo shoot. Her lawyer Khalid Al - Kamal said in statements to news sites that the arrest took place "without a warrant" and "without charges being brought against her." "Now, as her lawyer, I don't know what the charges are," the lawyer added, but referred to "attempts to defame her," including rumours about her involvement in prostitution and drugs.

According to the lawyer, the investigation into the case was opened on 21 April, and the young woman answered questions regarding "prostitution and debauchery." He said that the prosecution was "trying to describe the case as a scandalous act," arguing that she had revealed "two locks of her hair or that she had not put the hijab" in public places. "They are trying to pin any charge against her for her work, which is opposed by the Houthis, who told her," how dare you be a model in a Muslim country. "

It’s important to note that Al Hammadi is 19 years old, Yemeni for Ethiopian mother, and works for many local designers, posting pictures of her wearing traditional Yemeni clothes or leather jackets on her Facebook and Instagram accounts, followed by a few thousand people.

For its part, SAM denounces the statements made by the Yemeni model about the Houthi group asking her and the other girls to carry out sexual acts contrary to public morality and Yemeni and international law. Affirms that the group claiming to apply Islamic law is contrary to one of the basics of the Islamic religion, which guarantees women their dignity and honour from aggression or prejudice.

At the end of its statement, SAM stressed on  its rejection and condemnation of the Houthi group's behaviour in forcing female detainees and abductees to engage in acts contrary to public morality "under any pretext," calling on the international community to open a serious and independent investigation into allegations that the group had been involved in the establishment of secret prisons for the purpose of sexual exploitation In addition to the " allegations mentioned in  Entesar’s testimony and the need to bring the perpetrators of such acts to a fair trial, the Houthi group must release all its abductees and abductees and must close all prisons in which thousands of people are present without legal charges.