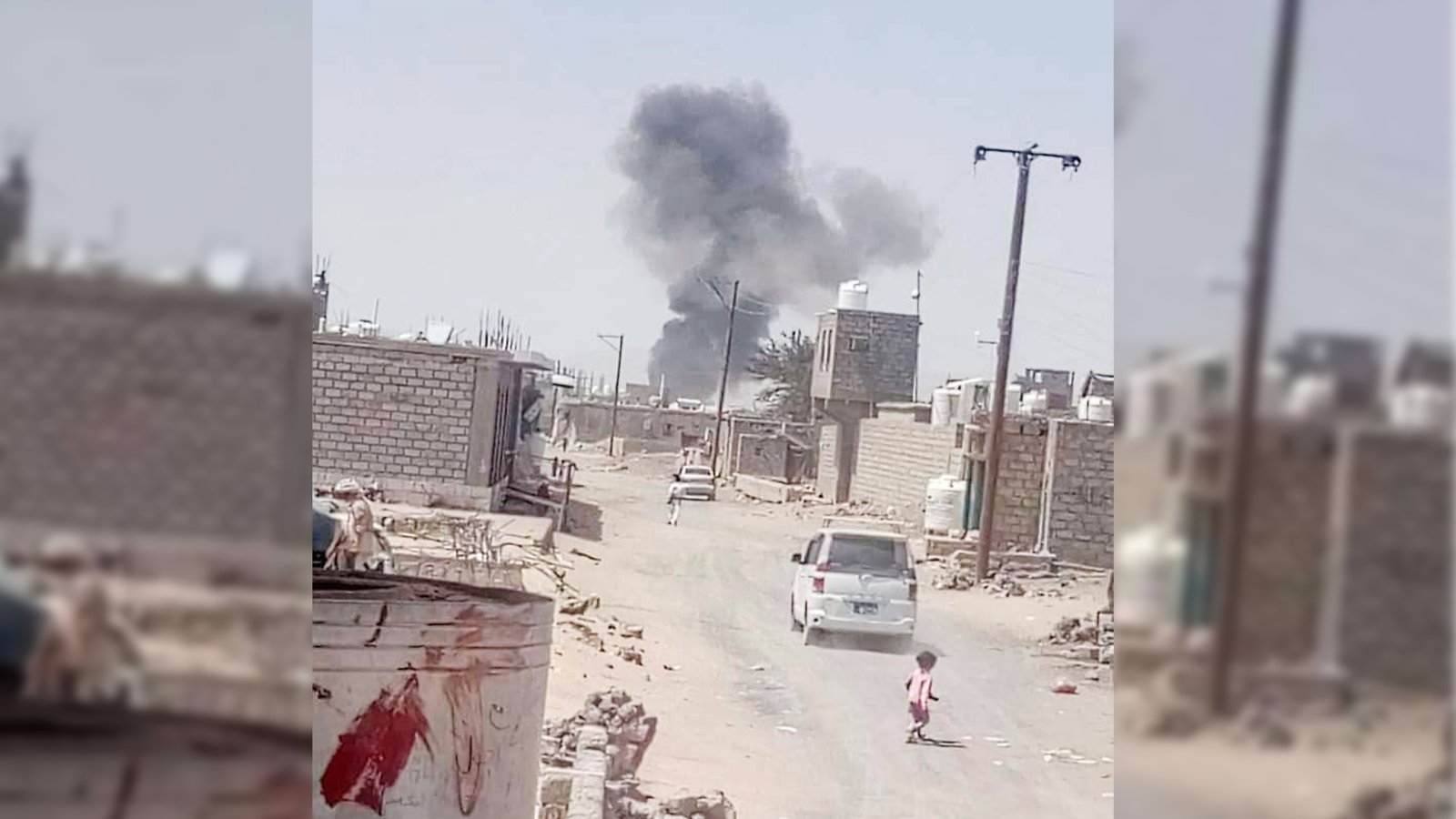 Geneva_ SAM for Rights and Liberties condemned the flagrant and unjustified attack by Houthi forces on a gas station in the neighbourhood of Al-Rawda, north of the city of Marib, by bombing it with a ballistic missile and a drone targeting medical crews, according to the local authority statement, which resulted in more than 14 deaths and dozens of civilian injuries and many bodies were burnt up without the ability to identify them. SAM also called on the Security Council to act immediately and to open a serious investigation into the crime committed and to ensure the full protection of civilians, confirming that this attack constitutes a full - fledged war crime.

In a statement issued on Sunday, the organization stated what was reported by an eyewitness, Mohamed Sameea, who was present at the time of the Houthi bombing: "I arrived at the station minutes before the crime and there was a large number. After the missile, security was forced to unload the scene for the sake of civilian life, the targeting caused a large number of bodies to be burnt because the rocket directly targeted the station." It is confirmed that the missile's fall has not been preceded by any warning or caution to the population in that area.

SAM  also gave another testimony to one of the people who was present at the time of the incident, who said: "The station was crowded with civilians, including children. The personnel inside the station were distributed between people waiting near the packing agent and others waiting inside the cars waiting for their turn. The station was bombed around 10.17pm, where the explosion occurred while I was in my office, which is about 60 meters from the station, where I heard a heavy blow to get surprised that the targeting hit the station. I saw the fire burning in the place and parts of the bodies flying at different distances.

After the fire calmed down relatively, it caught fire again because of the amounts of fuel that were inside the station, we went to the station to save people, and when we arrived we saw horrible views and screaming sounds of children, and we saw men and children burning. We tried to pull out the bodies, but unfortunately we couldn't do anything because of the fire. I tried to pull one of the victims and then he had his body ripped between my fingers and I had minor burns to my face while people were trying there. It was a horrible sight to see people and children trying to escape their cars in the middle of a flame year. What I can confirm from what I've seen is that all the people in the area were civilians and there's only one military personnel that I've seen.

Until this moment there are pieces scattered around the place where I saw parts of the back of one victim as well as an amputated foot of another, but what hurts the most was the  screaming children and some mothers calling out loud for help until their voices were cut off without us being able to help them. What happened is a heinous crime that cannot be imagined in any way. " .

SAM mentioned some of the press sources that confirmed it. "The Houthi militia targeted the station while dozens of cars were waiting for gasoline, resulting in a massive fire that killed 17 civilians, including the child. “Five-year-old Liane Tahir Ayedh Faraj”,  and injured dozens including a child, as well as burning seven cars and two ambulances rushed to ambulance the victims after being targeted by a militia-launched plane bomb minutes after the missile was launched."

SAM reiterates its condemnation of this deliberate targeting, noting that this attack reflects the criminal mentality of the Houthi group in its practices against civilians, stressing that the attack it carried out violates all international instruments and violates the legal protection enshrined in the Geneva Conventions, the Hague Regulations and the Rome Charter of the International Criminal Court, as well as the Universal Declaration of Human Rights and the International Covenant on Civil and Political Rights.

SAM concluded its statement by calling on the Security Council to act immediately and urgently to determine the effects of the serious attack on civilians in the city of Marib and to work immediately with the States relevant to Yemen in order to preserve the rights of Yemeni civilians. It also called on the Council to bring the Houthi offenders and all parties to the conflict to justice for the terrible crimes committed against Yemenis throughout the years of the conflict.