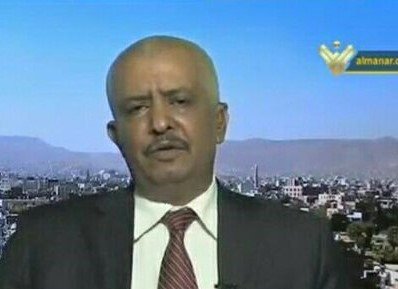 Geneva - SAM Organization for Rights and Liberties denounced the fact that the Houthi Criminal Prosecutor's Office summoned the journalist and correspondent of the Al-Manar satellite channel Khalil Al-Omari, calling on them to review their restrictive practices towards journalists and media professionals, stressing that such practices violate the special protection of freedom of press action provided in international law.

In a brief statement published on Tuesday evening, the organization said that journalist Khalil Al - Omari had published a document which showed that he had been summoned on charges of having contact with a foreign country through his personal Facebook account. In his publication, Al-Omari said that he had been summoned by the criminal prosecutor's office in the capital, Sana'a, on charges of "Communicating with a foreign State."

The journalist continued: "I have official documents in place, which I filed for leadership on March 23, 2021, and I did not like to refer to them at the time so that the charge would not spread, because the purpose was to force them to stop such action no more," noting he was "summoned because of his reporting twice by the Secret Service."

SAM asserts that what appeared by their follow-up to the publications of the journalist Al Omari and the treatment of certain parts of the State prove beyond any doubt that his summons followed his statements regarding the existence of suspected corruption in the smuggling of calls, which raises serious doubts and concerns about the journalist's risk of going to the criminal prosecutor's office in Sana'a.

The organization concluded its statement by calling on the Yemeni Government and the judiciary to protect the rights of journalists and journalists from violation and to ensure that they are provided with the right atmosphere for the exercise of their work. The Department of Public Prosecutions must carry out its functions in view of the Journalist publication and reports of corruption about the smuggling of international communications and calls, rather than summoning and interrogating him.

Restrictions on Internet service in Yemen
Excerpts from Statements