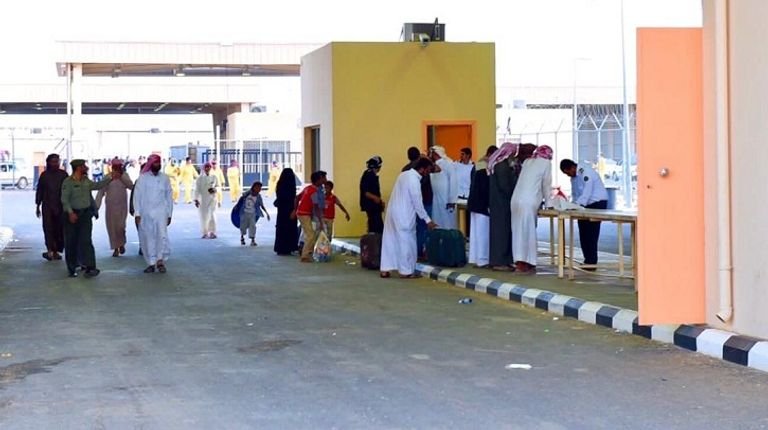 Geneva - SAM Organization for Rights and Liberties said that it views with great concern and astonishment the decision of the Kingdom of Saudi Arabia to cancel Yemeni labor contracts in the southern regions within months without committing any violation, stressing that this decision is based on wrong political dimensions and carries unacceptable discriminatory connotations, calling that The authorities have to reverse their decision as it constitutes a clear violation of the rules of international law.

The organization indicated in a statement issued today, Thursday, that the consequences of the current decision, if implemented, will mean more people who lose their source of livelihood at a time when Yemen is witnessing a sharp decline in economic and social indicators and warns of the possibility of a new crisis after the deportation of these workers, especially since most of their families depend mainly on them to obtain the basic requirements

SAM stated that, according to multiple local media sources, the Saudi authorities issued an unannounced decision to cancel all contracts of Yemenis working in the Jazan and Najran border regions with Yemen, and gave the Kingdom's citizens four months from now to dismiss all their Yemeni workers and replace them with workers from other nationalities without giving reasons

The organization indicated that the Saudi authorities did not officially announce this decision, nor did they deny the news circulating about canceling the contracts of Yemeni workers and the possibility of their deportation to Yemen. Also no clarification has been issued confirming or denying the decision to deport Yemenis by the Yemeni government so far.

SAM confirmed from various sources, including employees of academic institutions, that the Human Resources Department issued a circular ending the contracts of all Yemenis.

Many Yemeni workers in the Kingdom of Saudi Arabia also published posts on social media in which they stated that they had received notices from the authorities that they had terminated their contracts without warning, and that their work should be terminated within three months. This includes canceling the contracts of their rented housing, and deporting those who were unable to obtain a work contract in other regions away from these southern regions.

Yemeni media sources also stated that the Saudi authorities had directed the expulsion of all Yemeni academics and professors working in Saudi universities in the south as the "Al-Masdar Online" website referred to the statements of a Yemeni academic who teaches at a Saudi university in the south, who confirmed that "Najran University is in the south of Saudi Arabia informed all Yemeni contractors of the termination of their contracts, while there is talk of similar measures that will extend to universities and other public and private institutions in southern Saudi Arabia.”

In its statement, "SAM" pointed out that the historical ties linking the border regions of Jizan and Najran with Yemen are great, noting the kinship ties between the tribes and the southern Saudi regions, in addition to the common customs among the residents.

Some analysts suggest that the reason for the Saudi authorities’ decision to deport Yemenis from southern Saudi Arabia is security due to the Houthis’ continuous attacks on those Jazan and Najran border areas with Yemen with drones and missiles. However, the workers reject such analyzes on the grounds that they are affected by these attacks with the same damage that affects the Saudi citizen, as planes and missiles are launched from Yemen.

“SAM” stresses the serious consequences for the economic situation inside Yemen if this decision is implemented, especially since there are about 3 million Yemenis inside the Kingdom who are considered the primary supporter of the Yemeni economy, and if workers are deported, the matter will cause an economic disaster of unknown results on the country that has been suffering from a severe shortage of most basic needs for years due to the ongoing conflict and the intervention of the Arab coalition countries.

SAM concluded its statement by calling on the Saudi authorities to reverse the deportation decision, and work to enable Yemeni workers to enjoy their rights guaranteed by Saudi and international labor laws, stressing that implementing this decision will mean that the Kingdom of Saudi Arabia will deliberately create a suffocating crisis inside Yemen, which will make it bear the full legal consequences for the results of such a decision.