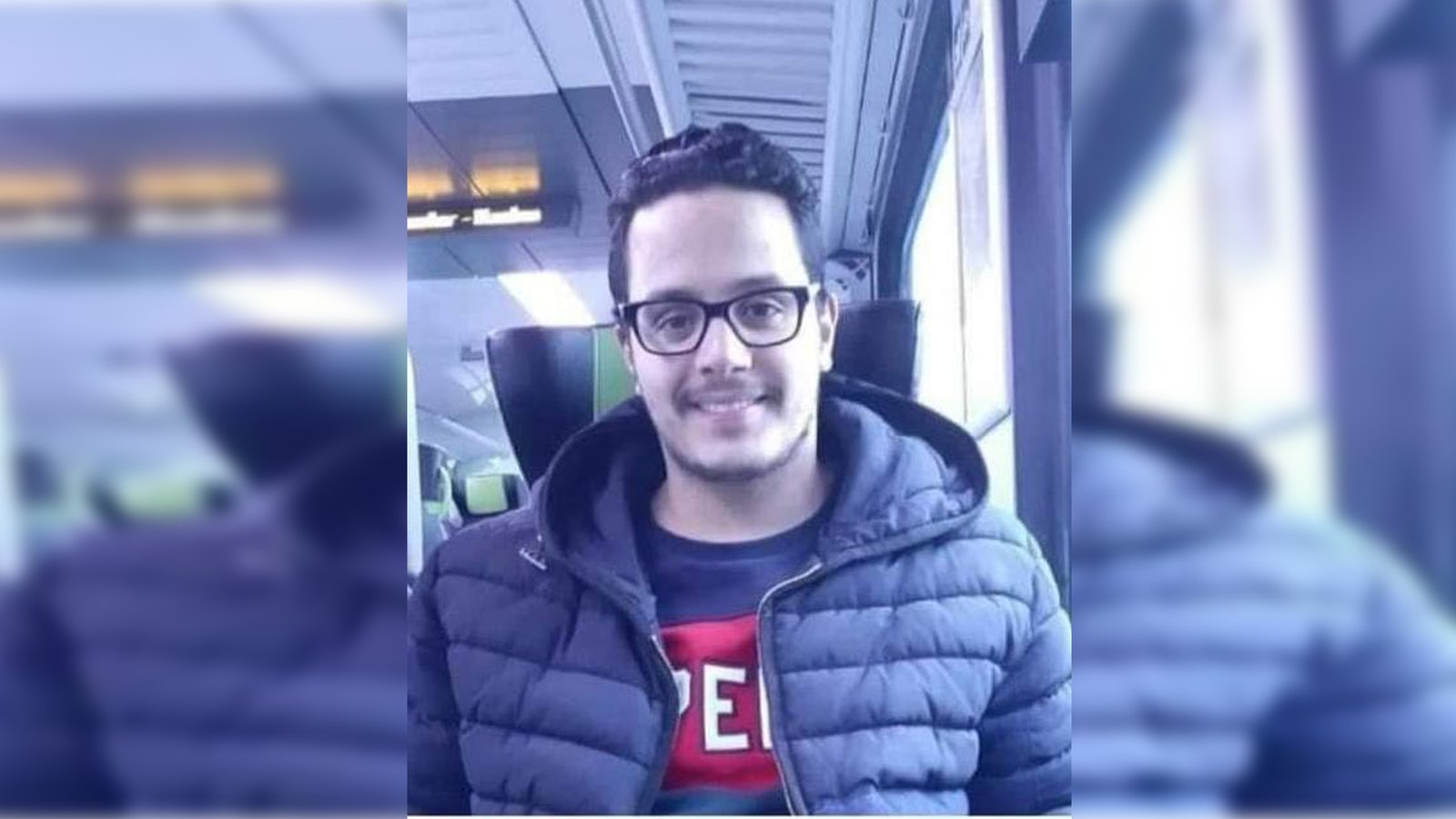 Geneva - SAM Organization for Rights and Liberties said that forces affiliated with the Transitional Council are forcibly disappearing the 30-year-old Yemeni young man, "Fahd Al-Riyashi," after he was arbitrarily arrested upon his arrival at Aden International Airport since July 31, 2021.

The organization said in a statement issued today, Monday, that "Al-Riyashi" was kidnapped from Aden International Airport the moment he arrived via Yemenia airlines, coming from Germany through Cairo by an unknown party on July 13, 2021, noting that he was supposed to visit his family which was waiting for his wedding to take place on August 8.

According to SAM’s follow-up and the information it obtained from one of his friends, "Fahd went from Cairo airport to Aden for the wedding, and one of his relatives was waiting for him in the airport hall, but Fahd did not arrive at the airport. When he asked about him, they answered him in an offensive manner and told him: Go, Fahd is not on the plane.” He adds: “We communicated through our acquaintances and channels in Cairo and made sure that he had boarded the plane. We continued our follow-up and search for him through personalities and mediations, and we learned that he is in the prison of the counter-terrorism forces in al-Tawahi."

For their part, several Yemeni parties inside Germany, the "Yemeni community" and the "North Cultural Forum in Germany", condemned the abduction of "al-Riyashi" and called on the security authorities to release him immediately and reveal all information related to the kidnapping incident.

Tawfiq Al-Hamidi said: The city of "Aden" has become unsafe due to the practices of the militias that follow the STC, and they practice grave violations as they operate away from the supervision of the judiciary, especially with the escalation of night raids on homes and the arbitrary arrest and enforced disappearance of dozens of people without legal reason or judicial oversight.” He also called for granting travelers their full and safe right to free movement guaranteed by law and international conventions, and the need to neutralize Aden International Airport and make it a safe passage for civilians, adding: "The restriction on freedom of movement is a serious violation and a legal crime which requires urgent action by international parties, especially the Arab coalition and the legitimate government to put an end to these practices and prevent the militias affiliated with the Transitional Council from disturbing individual and social security.”

"SAM" confirmed through its communication that there are no clear reasons for the arrest and enforced disappearance of "al-Riyashi", confirming that he was disappeared inside one of the prisons of the Counter-Terrorism Security Department headed by Yasran Al-Maqtari.

Under international law, a state violates the prohibition of enforced disappearance when its authorities or agents detain a person and then deny their detention or fail to reveal their whereabouts. Disappeared people are at high risk of torture.

"SAM" stresses that the Transitional Council violated the prohibition of enforced disappearance when detaining Al-Riyashi and refused to reveal his whereabouts, in light of serious fears that he would be at risk of torture, adding that the arrest and enforced disappearance of Al-Riyashi constitute a serious violation of freedom of movement, emphasizing that what happened with the young man "Al-Riyashi" is a full-fledged kidnapping crime that requires the security authorities which control the airport to act urgently and reveal his fate instead of the policy of unjustified silence regarding the serious violation that occurred there.

"SAM" concluded its statement by calling on the kidnappers to release "Fahd Al-Riyashi" immediately without conditions, and to investigate and take actions against those responsible for his arrest and disappearance. SAM stressed the importance of the authorities supervising the area in which the kidnapping took place to provide sufficient information about the incident and the people involved in it, and to work to bring them to a fair trial for their unjustified and serious violation of a number of rules and conventions of international law.

The organization also stresses that the recurrence of such incidents contradicts what many parties declare about their commitment to international law, especially the Transitional Council and its militias, which record continuous violations in all areas they control, which requires international pressure on the UAE against its practices against Yemeni civilians.