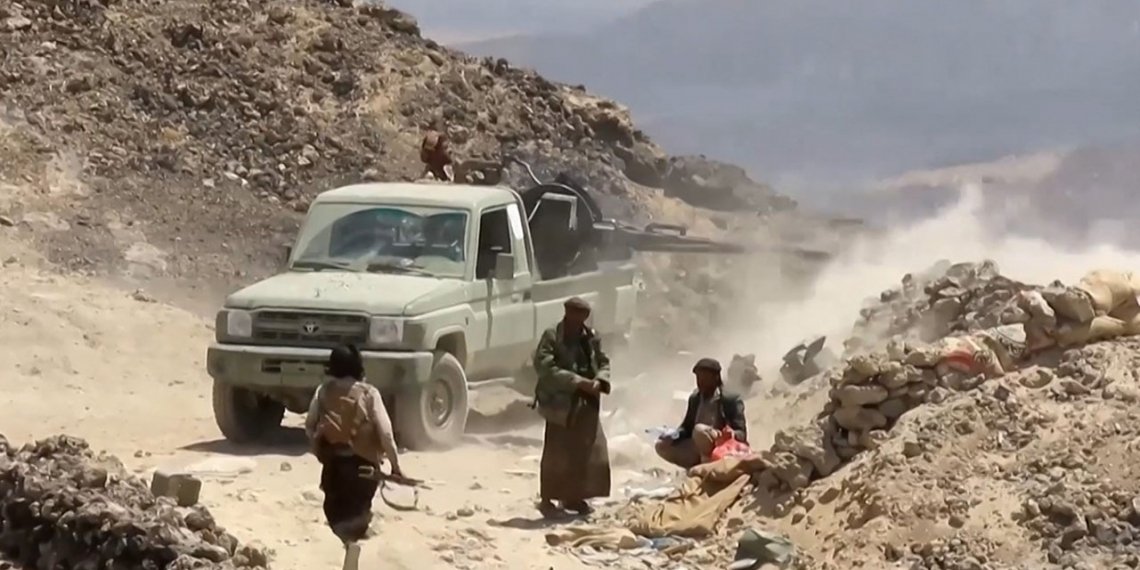 Geneva - SAM Organization for Rights and Liberties said that it views with concern the Houthi group's control of Al- Abdiya district on October 15, warning of reprisals launched by the Houthi group against the residents of the city, especially after isolating the villages and areas it controlled after it had bombed communication towers and cut off roads leading to those areas.

The organization indicated in a statement issued by it today, Sunday, that it had received information that the Houthi group had started retaliatory practices against civilians in the village of Al-Hajja - Al-Harq, belonging to the Al-Abdiya district, where the armed group raided the houses and blew up some of them.

The information received by "SAM" also showed that the Houthi armed men stormed the village of "Al-Ghoul" and looted the houses of the families of "Al-Shaddadi", foremost of which was the house of "Abdul-Rab Al-Shaddadi", the former commander of the Marib Front. They looted all the furniture and belongings of the house, and they looted most of the houses in the village of al-Ghoul under the pretext of searching for weapons. Furthermore, they forced the women and children to leave their homes.

The Houthi group also arrested dozens of people, including children for interrogation on the pretext of obtaining information whereas the child "Mohammed Nasser" 12 years old was killed in front of his family. The organization was not sure of the news received about an explosion in the security department in the city center.

According to activists and field monitors who were contacted by SAM, the Houthi group launched a violent raid campaign in the district of the village of Al-Shurihya against the homes of citizens, and they arrested all those whom were found in the house, including “Zain Allah Zama’ar, Saleh Zama’ar, Abbad Al-Omari, Mishaal Al-Ahraq, Essam Al-Thabti, Hussein Al-Saidi, Abdullah Al-Saidi and Ahmed Al-Saidi" without giving any legal reasons or even knowing their whereabouts.

Private sources confirmed to SAM that the Houthi group imposed a siege on the village of "Al-Qarya" yesterday and installed cannons on the village and thermal systems to prevent the infiltration or escape of anyone from the village.

For his part, Tawfiq Al-Humaidi, chairperson of SAM Organization for Rights and Liberties, said that "the Houthi group must take urgent steps to stop its retaliatory practices in the center of al-Abdiya district and bear their responsibility to ensure the safety of residents and property in accordance with the provisions of the Geneva Conventions and The Hague rules."

Al-Humaidi stressed that "the international community must play an effective and greater role than its current role and work to stop the Houthi group's violations against the population in the Al-Abdiya district and ensure the opening of safe and humanitarian corridors for the delivery of food and medical aid as the city suffers from a worrying shortage of most of the main commodities and items due to the Houthi group’s siege and storming of the city in addition to blocking roads.

"SAM" confirmed that hundreds of families in al- Abdiya district were forced to leave their homes. They were forcibly displaced and prevented from going to the city of Marib, the capital of the governorate. The Houthi group forced them at gunpoint to go to the Al Shaab area on the borders of the district, exposing their lives to the danger of mines planted in that area.

The organization stresses that what it monitored and the information it received proves beyond a reasonable doubt that the Houthi group committed serious violations and crimes that violate the rules of international law, especially the siege of individuals, cutting off medical and humanitarian supplies from them, arbitrary arrest, assault and bombing of homes, in addition to the forced displacement of the population, noting that these practices constitute war crimes and crimes against humanity in accordance with the Rome Statute which constituted the International Criminal Court.

The organization concluded its statement by calling on the Houthi group to stop its practices and reprisals immediately, work to provide protection for civilians, release all detainees urgently without conditions, and provide in-kind and medical aid to the city’s hospitals that were affected by the siege imposed on al-Abdiya district.

SAM also called on the international community to take effective action and stop the crimes of the Houthi group against the civilian population in al-Abdiya district and to work to ensure the opening of urgent humanitarian channels and corridors in order to deliver aid and medical supplies to the city and to evacuate the wounded who need urgent medical intervention.