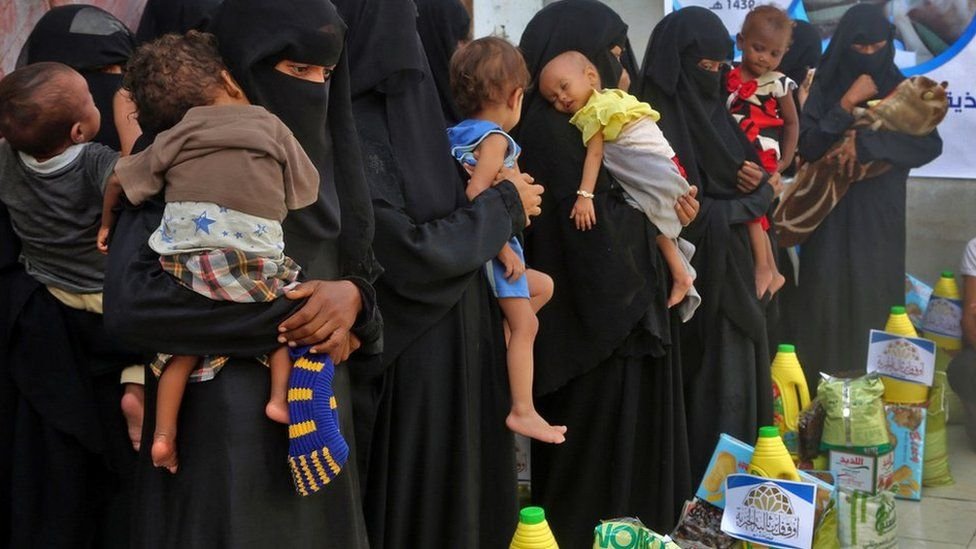 Geneva - SAM Organization for Rights and Liberties said that the time has come for the international community and UN agencies to take a real and effective role in protecting Yemeni women after more than 7 years of the ongoing conflict in Yemen, whose most victims were civilians, especially "women". SAM stressed on the significance of working to empower women to assert the basic rights guaranteed by international law and to achieve peace for them and ensure that the perpetrators of these violations are brought to criminal justice for the crimes they committed during those years.

In its statement issued today, Tuesday, which coincides with International Women's Day every year, the organization stated that over the past years, it has monitored multiple and complex violations against Yemeni women in various regions, and even in the areas of asylum outside Yemen, which has seriously and unprecedentedly affected Yemeni women’s enjoyment of their basic rights, especially in light of the continuation of these violations by the warring parties and the absence of any political gestures or international will to resolve the protracted crisis. This thing reflects organization’s fears of any future violations that may occur and affect a larger segment of women since the situation in Yemen continues as it has.

"SAM" indicated that in spite of the participation of Yemeni women in the February 11 revolution and their quest to establish a new stage of the societal struggle for their rights, and to prove themselves in the political scene, the fall of the capital, Sana'a, into the hands of the "Houthi militia" prevented that from happening as the organization monitored a continuous and alarming decline in the level of respect for human rights in Yemen in general, and women’s rights in particular. Also, the policies of the warring parties, especially the Houthi militia, have combined to create a complicated situation for Yemeni women. Millions of women have been forced to live a difficult reality and harsh conditions, as women in most areas of Yemen live without services, and they suffer in order to obtain basic needs of food, clothing and medicine. In addition to this suffering, thousands of women go through the ordeal of losing their breadwinners who are imprisoned and forcibly disappeared in the prisons of the "Houthi militia" in the north or the militias backed by Saudi Arabia and the UAE in the south.

"SAM" organization recorded shocking numbers showing the extent of violations perpetrated against Yemeni women. During 2021, the organization recorded more than 150 cases of violations against women, including killings, physical injuries, arbitrary arrests, enforced disappearances, torture, and denial of movement, in addition to more than 900,000 displaced women distributed in displacement camps. All these violations were committed by the parties to the conflict in Yemen. The Houthi militia topped the list of the most violating parties to women’s rights since they caused 135 violations, followed by 6 violations due to the lawlessness. Then there were 5 violations committed by formations outside legitimacy, two violations by the legitimate government and two violations by unknown parties. These violations included premeditated murders and severe injuries against civilians and activists, which amount to war crimes and crimes against humanity.

The figures collected by "SAM" showed that the number of Yemeni women who were killed during this period is 40. The city of "Hodeida" was ranked first with 12 killed women, followed by "Taiz" (11) women while 99 women were injured. Hodeida governorate also had the largest share with the number of (30) injured women.

The organization stated that the weakness of state institutions and the lack of security oversight exposed Yemeni women to direct and indirect targeting, including illegal detentions, denial of demonstrations and vigils, and impeding women from obtaining their rights to education and health care.

These violations also extended to deprive women of their leadership role in official and governmental institutions at a time when Yemeni women demonstrated their leadership ability in many international forums until they were awarded the Nobel Prize. These violations also affected women's right to work and imposed strict restrictions on their right to open and manage shops, not to mention imposing a specific style of dress on women in universities and institutions that follow the administration of these forces. The Houthi gunmen also imposed house arrest on dozens of female activists and leaders, which prevented them from practicing any activity in Sana’a and a number of the governorates under the Houthi control. These women were threatened with physical liquidation if they violated this, which forced many of them to flee to places far from the control of the Houthi militants.

As for internal displacement, the organization confirmed that the largest number of displaced people are women as women and children constitute approximately 76% of the displaced, noting that they are more vulnerable to gender-based violence in unusual circumstances. Figures published by the United Nations Population Fund (UNFPA) showed that in Sana’a, Aden and Hajjah - the governorates hosting the largest number of internally displaced people - nearly 800,000 IDPs are women and girls between the ages of 15 and 49, who are at risk of gender-based violence, including sexual violence and rape. Moreover, displacement and the breakdown of protection mechanisms have greatly increased the vulnerability of women and girls to violence, taking into account that “more than 3 million people have been displaced by the conflict, and more than half of them are women and girls.”

It should be noted that the disproportionate displacement of women and children is a major risk, whether in safer host environments, or in unsafe and informal populations. In Yemen, at least one third of the displaced have taken refuge in public and abandoned buildings with limited protection factors and in the absence of a formal camp system. In addition, many of the 1 million displaced women and girls have returned to their homes to find them unsafe.

The organization pointed out that the economic impact of the violations it monitored on women has several levels, the first of which is: Depriving her of holding public positions and working in most cases, even in the field of private and free work. The other: the financial obstacles and difficulties women suffer from after the death of their husbands or the family breadwinners in light of the deteriorating economic conditions in the country and the requirements of difficult life, which leaves women alone in front of the perpetrators of violations who often take advantage of their need for money and basic necessities in exchange for forced sex and practices that degrade their dignity. The thing that is clearly prohibited and criminalized by international law. For its part, "SAM" stressed that the practices Yemeni women are subjected to constitute a clear violation of many conventions that guarantee and provide special protection for women, including the Universal Declaration of Human Rights, the International Covenant on Civil and Political Rights, the International Covenant on Economic and Social Rights, in addition to the Convention on the Elimination of All Forms of Racial Discrimination against Women and others that guarantee many of the basic rights of women and even criminalize any attack on those rights or detract from them.

SAM concluded the statement by calling upon the international community and UN organizations to assume their legal and moral responsibilities and duties and urgently intervene in order to provide protection and full immunity for women in Yemen and work to put pressure on all parties to the conflict to stop their repeated violations and develop a clear action plan to ensure the implementation of that protection, foremost of which is bringing violators to a fair trial for their repeated violations of human rights, and more particularly women's rights.