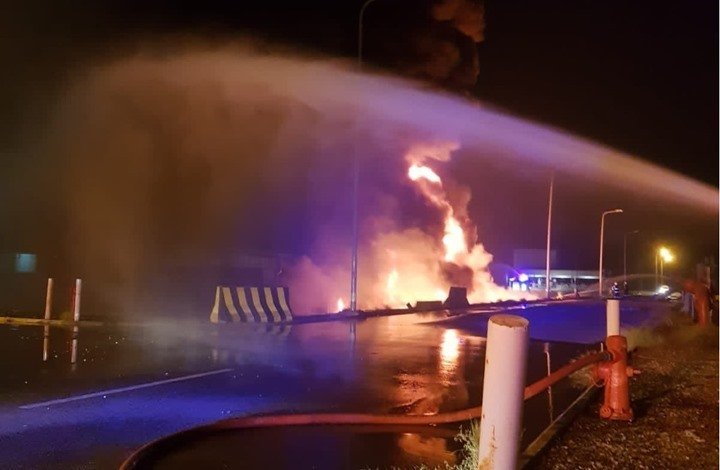 Geneva - SAM Organization for Rights and Liberties stated that the severe escalation of targeting civilian objects by parties to the conflict and their attacks against civilians in Yemen and Saudi Arabia constitute a grave violation of international humanitarian law and a violation of the law of war.

The organization indicated in a statement released today, Saturday, that the Saudi warplanes targeted today, Saturday, March 26, two houses in Haddah area inside the city of Sana’a in response to the Houthi bombing of economic and oil installations inside Saudi territory yesterday, which resulted in the killing of 8 civilians, including a 5-month-old baby girl.

In a related context, the human rights organization considered the missile attacks carried out by the Houthi group yesterday, Friday, which targeted an Aramco refinery in the Yanbu region on the Red Sea, located about 100 kilometers north of Jeddah, a grave violation that amounts to a war crime. SAM stressed that such attacks constitute a flagrant violation of the covenants and rules of international law as they pose a grave danger to the lives of civilians and individuals.

SAM confirmed that targeting civilian objects and economic interests by parties to the conflict violates the rules of the Hague and the Geneva Conventions, which stipulate that the parties to the conflict must at all times distinguish between civilian objects and military objects. In addition, the principle of military necessity and proportionality between a military attack and its results must be achieved, stressing that such practices are crimes of aggression that require international criminal accountability.

The organization highlighted that the reckless practices of the parties to the conflict in targeting civilian objects and residential neighborhoods are aimed at inflicting as many casualties as possible, which reflects the real intention of deliberate killing by those parties, emphasizing that these repeated practices fall within the framework of war crimes and crimes against humanity; therefore, the International Criminal Court should move to open a serious investigation into the circumstances of these repeated targeting.

SAM concluded the statement by stressing that the unjustified international silence will mean more crimes against civilians, calling on the international community to move quickly and ensure that the Houthi and Saudi forces are pressured to stop their violations and accelerate international efforts aimed at achieving peace, as well as working to present violators from all parties to a fair trial for the crimes they have been committing against civilians for years.