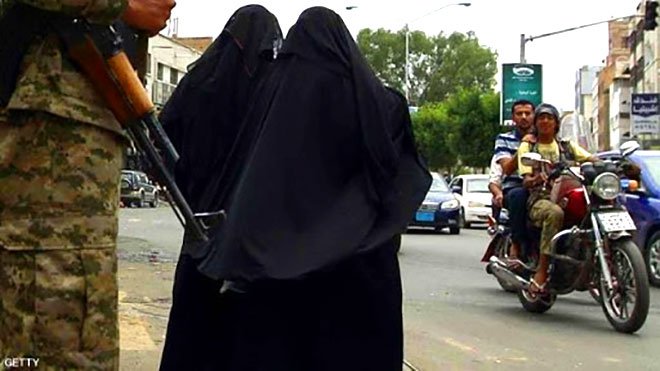 Geneva- SAM Organization for Rights and Liberties stated that the Houthi group continued to impose many restrictions on women in areas under their control, foremost among them freedom of movement which has been experiencing continual reversal and restriction in contravention of international norms and in violation of legal articles which guarantee the freedom of movement without restriction or harassment.

The organization emphasized in a statement issued today, Sunday, that it had monitored many violations which deprive women of enjoying their rights, forcing millions of women to live in a harsh conditions, most notably the deprivation of women from the freedom of demonstration and peaceful assembly, and restricting the freedom of festive gatherings, activities and school trips, except with the written approval of the activities administration as the Houthi militia issued an official circular banning anyone except the father or mother from attending school ceremonies, in addition to a decision banning women from working in restaurants. The group also issued a circular regarding what female students should wear at the university and they prohibited the wearing of open, narrow, short or transparent abaya, and warned against the use of cosmetics or showing long fingernails. The most recent of these violations is a form titled “Consent and Permission to Travel” from the guardian of “women wishing to move within Yemen issued by transport companies in Houthi-held areas, stressing that this step represents an unacceptable abuse on women’s freedom of movement.”

SAM stressed that these practices exacerbate the suffering of Yemeni women, who live in a constant hell in areas controlled by armed groups, particularly the Houthi militia since this behavior of the Houthi group is similar to other radical armed groups in some countries and regions, such as the “Taliban and ISIS” which commit most of their violation and restrictions on women, indicating that the Houthi group had earlier prevented women from working and going to places of celebrations without any legal justification.

SAM confirms that these practices are a flagrant violation of a set of legal rules primarily the Universal Declaration of Human Rights, the International Covenant on Civil and Political Rights, the Convention for the Protection of Women and the Convention on the Elimination of All Forms of Discrimination against Women, which collectively incriminate any attack on the right to freedom of movement, stressing that the Houthi group and its members are guilty of violating these legal rules.