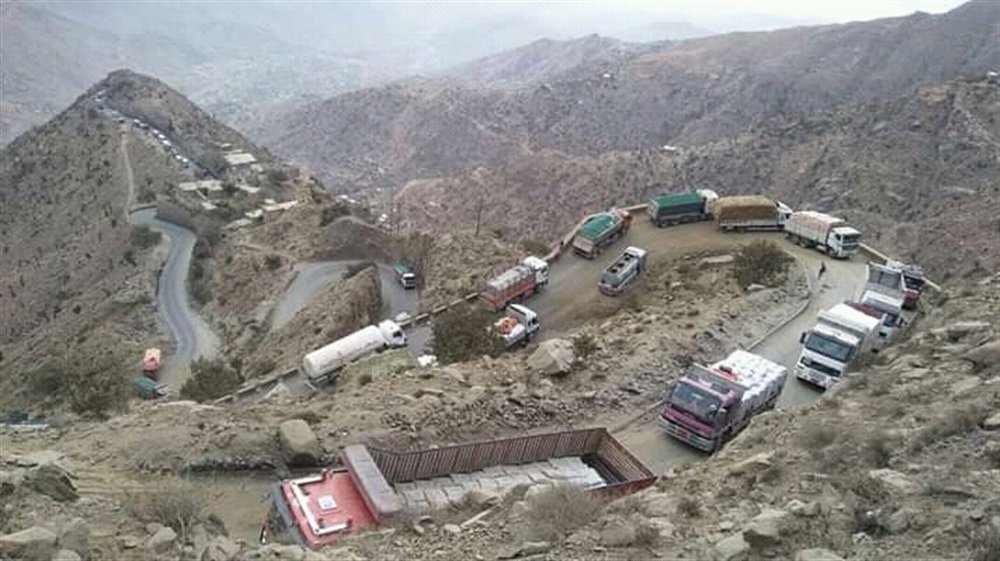 SAM Organization for Rights and Liberties called upon the international community to assume its full moral responsibilities in opening all crossings of the besieged city of Taiz, affirming in its statement issued today May 30, 2022 in this regard, that turning this file into a political bargaining chip exacerbates the suffering of civilians and does not serve the peace process, but rather may undermine the extension of the truce in Yemen.

The organization stated that the numbers and incidents caused by the siege on Taiz are shocking, and their impact directly affects the lives of ordinary citizens, especially the sick, the elderly, children and women as the siege turned Taiz into a large prison to practice collective punishment on everyone who lives there without distinction between civilians and military. This siege also affected the freedom of movement between villages and cities, in addition to directly targeting the right to life of civilians, whether by sniping, mines, or indiscriminate bombing.

The organization indicated in its statement that the siege has significantly affected the right to family life and led to the separation of members of the same family because of its negative effects on the family as an essential cell in building society, and on the child - the weakest link in the family - who must be protected and not separated from their family As the families in Taiz were divided into two parts, some of them live inside the besieged areas, and some of them are in the Houthi-controlled areas. Since this siege was imposed on the city, some families have been unable to visit and see the rest of the family, which is a crime that must be viewed from a purely humanitarian perspective.

SAM noted that the expanded restrictions imposed by the Houthi group contributed to the policy of starvation practiced by the Houthis, who use it as a method of war against civilians. The Houthi group has also prevented accesses to humanitarian aid and daily food to civilians, and the decline in medical, educational and living services, which has resulted in the deterioration of the humanitarian situation in the governorate in flagrant violation of international law. Moreover, the practice of siege is a war crime that requires accountability.

The organization stressed that, in addition to the crippling siege enforced on Taiz, the city has been deprived of its international airport, which could have been an important port to save many humanitarian cases who are forced to take long and winding detours to reach Aden airport or Sana’a hospitals. It was also deprived of its Mocha sea port, which could have contributed to the revitalization of commercial traffic and the arrival of goods, basic materials, medicines and medical equipment, a matter that should be of interest, as peace is an integrated system that cannot be divided by neglecting the human side of it.

Taiz has incurred many financial and economic figures at the level of revenue or per capita expenditure on health and transportation, and there have been many accidents on long and bumpy roads. Taiz also bore the burden of the human cost for the victims of indiscriminate shelling, deliberate sniping, and anti-personnel mines planted by the Houthi group, in light of a noticeable disregard by the government and the international community.

SAM's statement confirmed that the time had come for the Taiz humanitarian file to be a priority in the peacemaking process, without any reluctance or political blackmail. The organization called for prioritizing civilians in Taiz and opening the crossings to and from the city unconditionally. If the international community is unable, since Stockholm, to move this file, it will lose confidence in peace initiatives and the continuation of the truce, and even in international mediators, especially with the continuing heavy humanitarian cost of the siege.