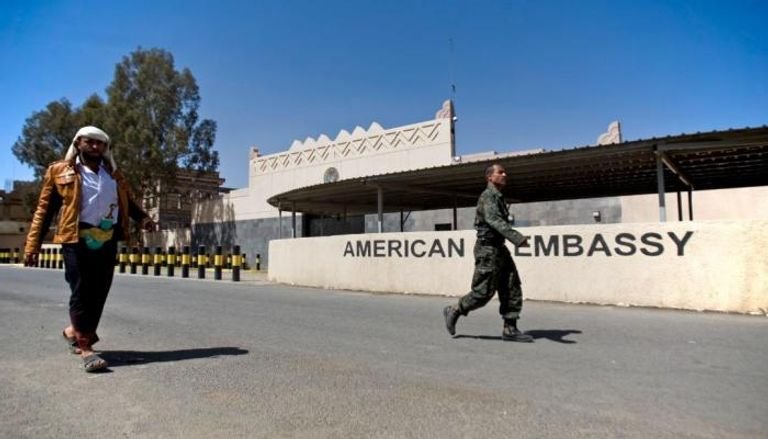 Geneva - SAM Organization for Rights and Liberties expressed its deep sorrow over the death of the citizen "Abdul Hameed Al-Ajami", who was working at the US Embassy in Sana'a after being detained for about eight months in a Houthi prison. The organization demanded the USA to take a real and effective stance to protect its employees in Yemen.

The organization mentioned in a statement issued today, Tuesday, that several press and diplomatic sources confirmed that the employee at the US embassy, "Abdul Hameed Al-Ajami" died on Tuesday, May 24, in a Houthi prison in Sana'a after he had been detained by the group's gunmen at the end of October 2021. While several sources suggested that the cause of death was because "Al-Ajami was subjected to torture and was denied medicine in the Houthi prison."

For his part, US State Department spokesman, "Ned Price", said in a tweet posted on his Twitter account that his country “ is deeply saddened by the news of the death of Abdulhameed AlAjami, one of our employees at the USA Embassy who passed away in Houthi detention.” He also confirmed that, “Al-Ajami had no contact with his family during the last six months of his life.”

It should be noted here that since October 2021, the Houthi group has detained about 11 employees of the US Embassy in Sana'a, as the embassy's efforts to release them failed, according to local reports. In November 2021, the US Embassy in Yemen confirmed that it was working to release local employees held by the Houthis and regain control of its diplomatic compound in Sana'a.

"My main priority is to ensure the immediate release of all our local staff detained in Yemen, to restore control of the compound that housed the US embassy in Sanaa, and to stop Houthi harassment of our local staff," Charge d’affaires of the US Embassy to Yemen Cathy Westley said in a statement.

In a related context, the "Yemen Future" media agency confirmed that it had learned from concordant sources that a second employee of the US embassy, who is being held by the Houthi group, died in his prison, but neither the agency nor "SAM" organization has been able to confirm the news until this moment.

Where the preliminary information published by the Yemeni agency showed that the deceased person was "Bassam Al-Mardehi", an employee of the US Agency for Development, who was among those arrested by the Houthi group in October 2021 and he is one of the employees of the US Embassy and its Development Agency.

Some of the exclusive information obtained by SAM showed that the Houthi group has been detaining about 14 employees who used to work at the US Embassy. These detained individuals have been denied contact with their families and do not know the reason for their arrest or the charges against them, and they have not been brought to trial. The information also showed that some of these people are old and suffer from chronic diseases and need medical intervention.

For its part, "SAM" stresses that the previous incidents against the employees of the United States Embassy are a real test of the seriousness of the United States and its position on the Houthi group's violations against civilians, especially violations committed against those working in its headquarters, taking into account that international legal custom obliges the embassy to provide protection and complete immunity for these employees and it should work to prosecute the perpetrators of violations against them.

The organization concluded its statement by calling on the United States of America to take serious and real measures to uncover the circumstances of Al-Ajmi’s killing and work to release the remaining detained employees before it is too late.