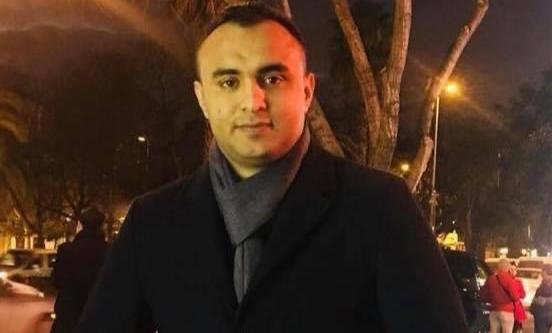 Geneva - SAM Organization for Rights and Liberties denounced the tweet of the Emirati security official and former Dubai police chief, "Dhahi Khalfan", on his official "Twitter" account which included a photo of Yemeni journalist "Muhammed Abdul-Malik" and a call to provide information about him, holding the UAE and the security official the responsibility for any danger or threat that might befall the journalist in the coming days.

The organization mentioned in a brief statement released this evening, Wednesday, that the background of the incident dates back to the spread of a video footage on the “Taiz Time” platform - run by the journalist- where the Emirati official and a Yemeni in Germany appeared calling each other names after the raged discussion between them about the UAE’s intervention in the conflict in Yemen and the impact of that intervention on the deterioration of life and humanitarian conditions in the country.

The organization followed the tweet posted by "Dhahi Khalfan" on his Twitter account, in which he wrote, ““This is the photo of a journalist named Muhammed Abdul-Malik (Dehbashi), a member of the Brotherhood. I request my Yemeni colleagues to inform me about him.” “SAM” pointed out that the official used the term "Dehbashi", which implies contempt, in addition to accusing him of belonging to the Brotherhood, simply because he is the one in charge of the website that published the video footage.

"SAM" indicated that it had obtained an official complaint submitted by the journalist to the Yemeni Journalists Syndicate, in which he warned of an implicit danger that he might be exposed to after the Emirati official published his photo and name and asked to obtain more information about him. In his complaint, the journalist "Abdul-Malik" said, “I inform you that I was subjected to an implicit threat by an Emirati security leader named Dhahi Khalfan, against the backdrop of the Taiz Time platform publishing a video in which the official and a young Yemeni man called each other names. Then to my surprise, (Khalfan) published a tweet on his Twitter account, including my name and photo and asking for information about me.” He added, “I would not have paid any attention to this issue if it was from someone who does not work within an official security apparatus. Accordingly, I am filing this complaint to you, and I hold him responsible for any harassment or harm, whether moral or physical, that I may be subjected to.

"SAM" stresses that what was published by the Emirati official about journalist "Abdul-Malik" and his request for more information about him raises its concern and suspicion that he may be subjected to assault or persecution in the coming days, emphasizing that freedom of opinion and expression is guaranteed in the rules of international law, and breaching that right is a clear and unjustified violation.

The organization concluded its statement by calling on the UAE and its leaders, especially the security forces, to stop its restrictive practices of freedom of opinion and expression and to pay attention to Yemeni demands for a democratic state instead of persecuting and threatening journalists and activists and violating civil rights, holding them responsible any consequences that may occur to the Yemeni journalist in case that the Emirati official does not delete his publication.