It said that the killing of the prisoner Abdul-Wahab Al Shajae in the prisons of the Houthi is a crime that requires accountability
SAM calls for an end to the suffering of prisoners of war, including the prisoners of the so-called Al Jabara in Houthi prisons and the success of the all for all deal 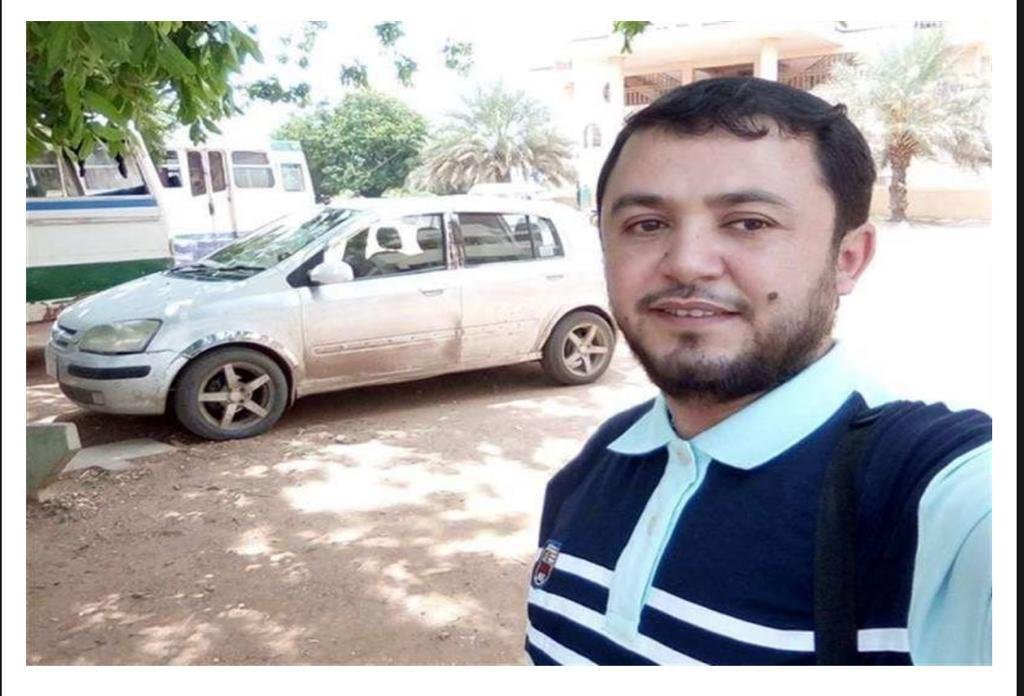 SAM said that it had obtained testimonies from the relatives of the prisoner, "Abdul Wahab Al-Shajae", 34 years old, stating that they had received news of the death of their relative in a Houthi prison, which requires international condemnation and an urgent investigation for the violation of the prisoners' rights stipulated in the Geneva Convention, as one of his relatives says: “Abdul-Wahab and his colleagues were captured on October 30, 2021, at the Al-Juba Front. We did not know anything about him until they showed him weeks later on Al Masirah TV while he was in a coma and they were tying up his injuries.” He added, "Abdul-Wahab did not communicate with us throughout the entire period of his arrest, and what we only learned was through one of his fellow prisoners that he saw him lying on the ground and he did not know anything after that. We learned that he died through one of the mediators contacting my uncle yesterday and telling him that he was a martyr and sent him his picture and did not give him any additional details.”

SAM mentioned in a statement issued today, Thursday, that Yemen has suffered since the beginning of the war in 2014, many serious violations that affected the basic rights of hundreds of thousands of Yemenis at the hands of the Houthi forces and the "Arab coalition", but the most serious violation was the Houthi group's placing hundreds, if not thousands, of innocent people in prisons, torturing them and depriving them of their basic rights. This group has deliberately disappeared thousands of Yemenis, including political opponents, opinion-holders, and even civilians, without bringing any charge or presentation to the judicial authorities. The organization emphasized - at the same time - that there are no accurate numbers about the number of those detainees, but it estimated them to be about 2,000 detainees held by the Houthi group.

In its statement, "SAM" reviewed testimonies of people who were subjected to torture and abuse in the prisons of the Houthi group, which indicate that those responsible for them practiced many serious violations outside the framework of the law.

The former prisoner (B / A), 22 years old, said in his exclusive testimony to the “SAM” team, “"I was a soldier in the Al-Fateh Brigade, and I was arrested during a siege in the Al Jabara front where I was arrested and placed inside the military prison in Sana'a. I remained disappeared for five months without contact and was transferred to the Central Security Prison in al-Sabeen. I was subjected to various types of physical and psychological torture, such as verbal insults and beatings in several types and methods, in addition to looking at and enjoying beating us with whips, electricity, and being tied during the beatings, and preventing us from entering the bathroom and obtaining food.”

As for the former prisoner (Kh / M), he recounted what happened to him during his detention in The Houthi prisons, as he said: “I was arrested on 08/18/2019 and I was taken immediately for interrogation. They took me brutally while I was blindfolded to a place I couldn’t recognize. I was listening to the sound of people being tortured next to me, and I was terrified of hearing the voices of those around me being tortured. I was treated badly as if I was a terrorist. I was investigated while I was tied up. The interrogator used to ask me about everything from the beginning of my studies to the day of my family, about my family, my neighbors, and my community. In case I didn't answer, he would pour water on me, bring the electrical wire close to me and make me feel its current. Each interrogation session lasted from 6 to 8 hours with me while I was sitting in front of the interrogator, and 2 to 3 interrogators alternate in one session, and they did not allow me to enter the bathroom or eat during the interrogation session, which lasted 8 hours.”

He added, “The torture was with beatings with a whip, threats of liquidation, calling me a traitor and a spy, in addition to torture with electricity, and being hung on a grill with iron chains until my hands were dislocated. They beat me all over my body, they hit me on the head until I lost consciousness and I didn't wake up until two days later. I woke up and all my body was broken and there was tingling in my abdomen and limbs, and my face was swollen. I was feeling sick in my chest to the extent I couldn't breathe, and when I woke up, they came back to interrogate me again and tortured me with electricity, after which they called us for interrogation. I was interrogated for more than 36 sessions.”

He concluded his testimony by saying, “"I came out with an exchange deal between the Houthi group and the legitimate government, and I paid some of the supervisors the money in order to agree to the deal because they obstructed my release more than once."

As for (G / Q), one of the leaders of the Fateh Brigade, the Kataf Axis, he said in his testimony to the SAM team, “"I was a prisoner of the Houthi group. I was subjected to all methods of torture, and I had a heart disease in prison. I came out with an exchange deal from the Taiz Axis. As for the Kataf axis, led by "Radad al-Hashemi", they abandoned me and the rest of my fellow prisoners. They did not give us any rights, did not include our names in the prisoner exchange statements, and did not recognize us at all.”

On the other hand, "SAM" reviewed several letters and correspondences sent by relatives of detainees to several parties, including the person responsible for the exchange deals between the legitimate government and the Houthi group, along with the Red Cross, the UN envoy, the representative of the Yemeni Red Crescent, and some leaders in the legitimate government demanded that they work to pressure the Houthi group to release their sons and allow them to communicate with them and provide them with basic needs

The letters and claims, in addition to the testimonies, also showed a clear denial by the legitimate government to the Houthi group’s prisoners’ problem and the policy of double standards in preparing prisoner exchange lists, in addition to the negative and unjustified role in communicating with detainees’ families and providing them with material and psychological support in light of the deteriorating living and social conditions of these families, especially the families of detainees known as Al Jbara and the Kitaf Saada Axis.

For his part, Tawfiq Al-Hamidi, President of SAM Organization for Rights and Liberties, said: “What the Houthi group is doing in the prisons it runs indicates egregious violations of the basic principles of international law that criminalize the attack on human dignity, enforced disappearance and arrest without judicial authorization, stressing that international silence may constitute an indirect cover for these parties to escalate their violations.”

Al-Hamidi added, “These individuals and their supporters bear full criminal responsibility for their practices that fall under war crimes and crimes against humanity, calling on the UN bodies to exercise their serious role to protect the rights of Yemeni civilians from these violations.

"Sam" stresses that the testimonies she heard about these violations raise many concerns about the fate of more than 2,000 prisoners who were detained by Houthi militia since the end of 2018 in what was called the battle of the Jabara family as many of them have been subjected to inhuman treatment in the central security detention centers in the capital, Sana’a after their transfer from Saada.

According to documented testimonies, most detainees are paid by their families to send money, half of which goes to prison supervisors, as most detainees suffer from malnutrition and difficulty obtaining food, medicine and basic requirements.

While the human rights organization said that there were more than 1,000 detainees whose fate is unknown and since the date of their disappearance in the battle of Al Jabara, the families have not obtained any information about them or the conditions of their detention from the Southern Border Brigades directly affiliated to the Saudi Ministry of Defense, or from the Houthi group.

“SAM” concluded its statement by stressing the need for the international community with all its components, especially the General Assembly and the Security Council, to bear their duties in protecting the rights of Yemeni civilians, calling for a serious and urgent investigation into the dangerous practices that detainees are exposed to in prisons run by the Houthi group, working to close them and ensuring that perpetrators of violations against Yemenis are brought to justice, SAM also calls on the international community to work hard to stop the ongoing war in Yemen and to develop a road map that guarantees the achievement of democracy and justice for Yemeni citizens without any condition or restriction.