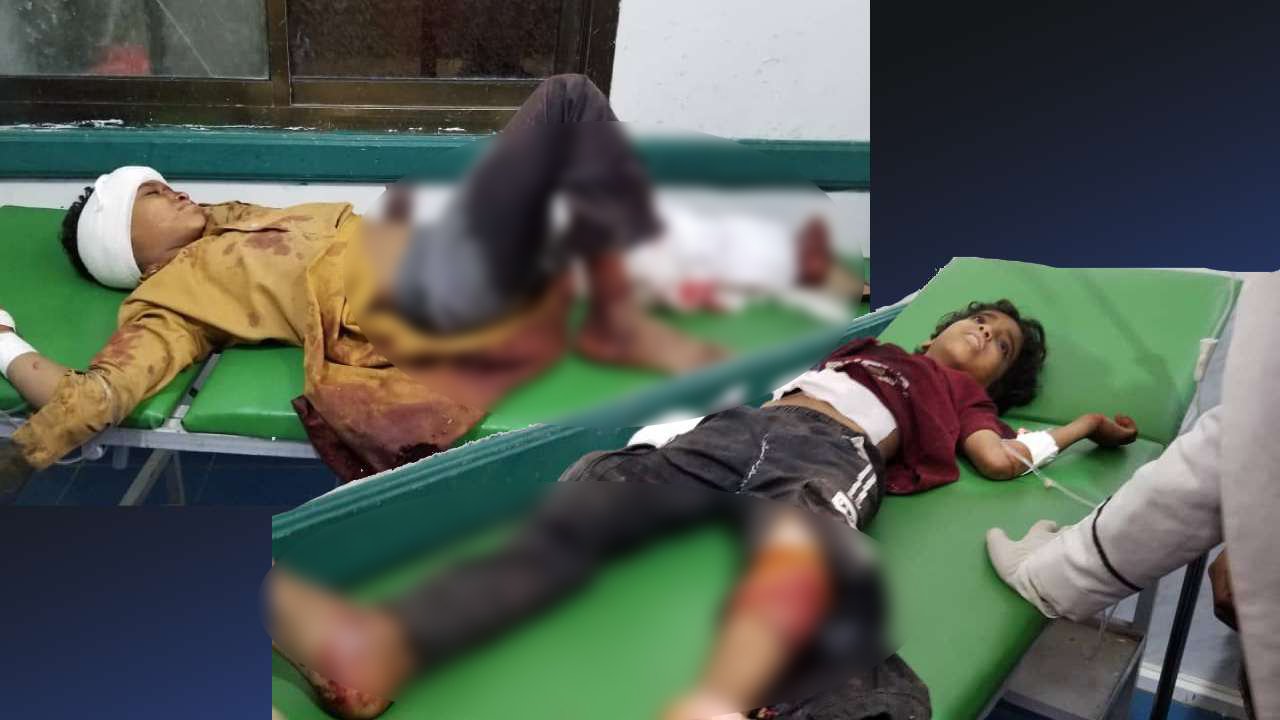 Geneva - SAM Organization for Rights and Liberties said that it views with great concern and condemnation the continued bombing of the Houthi group on civilian areas in Taiz, the latest of which was today. The artillery shelling carried out by the group resulted in a number of civilian casualties as the organization documented the killing of a civilian and the injury of 4 children, two of whom had their feet amputated, and it demands that those involved in this heinous crime are held accountable.

The organization said in a statement issued today, Sunday, that the Houthi group today, in two separate incidents, shelled neighbourhoods in the city of Taiz, which led to the death of a civilian and the injury of 4 other children. According to the information received by the organization, 3 children from one displaced family were seriously injured at 11 pm, which led to the amputation of the feet of two of them due to a shell fired by the Houthi group on the old airport area, west of Taiz city, while they were returning from school. All of these children currently are in the intensive care unit at Al-Rawda Hospital, and they are (Mohammed Nasser Al-Majnhi, 10 years old, “his leg was amputated”, Badr Nasser Al-Majnhi, 8 years old, “his leg was amputated”, and Hashem Al-Majnhi, 9 years old, “wounded by shrapnel in different parts of his body.”

As for the second incident, it was documented today at 4:45 p.m., when a projectile launched by the Houthi group on the Mudhaffar district of the Old Airport neighbourhood killed a person named "Sahim al-Amri" and injured his son, “Sami Sahim al-Amri”, six years old, while another child, "Raafat Qassem Saeed", 16 years old, was injured by shrapnel in his left foot.

"SAM" indicated that these people are civilians and do not belong to any armed group and were not near any military site or area, which reflects the true intention of the Houthi group to target civilians without the need for justifications or legitimate reasons.

"SAM" stresses that the practices of the Houthi forces when using the missile and artillery shelling – often imprecise- which often falls on civilian objects and where unarmed people are located, constitutes a flagrant and unjustified violation of the legal protection guaranteed by international charters and laws. The organization emphasized that these practices fall under war crimes and crimes against humanity, which requires the International Criminal Court to open a serious investigation into the circumstances of the repeated attacks.

“SAM” concluded her statement by stressing that the unjustified international silence will mean more crimes against civilians, calling on the international community to move quickly and ensure pressure on the Houthi forces to stop their violations, accelerate international efforts to achieve peace, and work to bring violators to a fair trial for the crimes that have been committed for years against civilians.