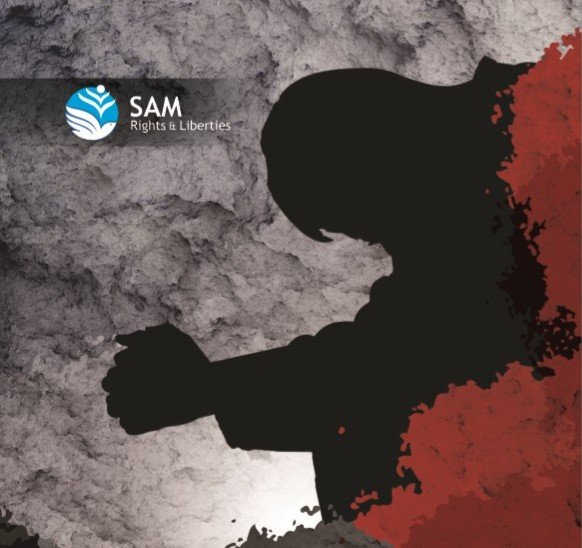 During the period between public revolution against president Ali Saleh in 2011, until the coup d’etat against president Abdorabo Mansour Hadi, in 2014, many incidents took place in Yemen at all levels, where war continued in the north between Houthis group and neighboring governorates east of Sa’da in Al-Jouf, west in Hajjah, and to the south in Amran, where Houthis initiated expansion and revenge wars in different directions. War against Al-Qaeda also continued in south and southeast regions, also, sabotages continued in electricity grids, road blocks for gas tankers and goods trucks in different parts of the country. All these incidents destabilized the security situation and organized crimes rate increased dramatically, also many armed outlawed groups were established, leading to deteriorate the security, economic, and political situation and damaged the social fabric of the society.

SAM organization encountered many challenges and obstacles while preparing this report, namely difficulties in accessing areas under Houthis-Saleh militia’s control, serious threats on monitors’ life and freedom by the militia, in addition to remoteness of areas where violations were committed, and intimidation of people by the militia, if they cooperate with the monitors, who worked under very bad conditions and high risks.

SAM Organization for Rights and Freedoms grounded its work in monitoring and documenting human rights violations during 2016 contained in this report, on the local legislations; namely the provisions of the constitution of the Republic of Yemen, other relevant laws, and international conventions, in particular international human rights instruments, other conventions related to women and child rights, International Convention for the Protection of All Persons from Enforced disappearance, Genève four conventions, in addition to other resolutions related to Yemen and the international customary law.

This report included several crimes and violations such as killing, enforced disappearance, extralegal killing, indiscriminate attacks against civil objects, which are war crimes and crimes against humanity according to Genève convention and Rome Statute and has no status of limitation, and requires the international community and international human rights institutions to take action to prosecute the perpetrators and bring them to justice.

Figures mentioned in the report are based on an accurate and systematic filed monitoring that adopts serious verification method, where each figure in the report is supported with complete file contains type of violation, date, place and involved parties, maintained by SAM that could be easily retrieved. Also, verification method followed by SAM is based on several phases; first phase is collecting and analyzing basic information, second; verification of information through field visit and communication with the victims and eyewitnesses and the suspect, if possible, then support the investigation with material evidences such as medical reports and the like.

The report monitors the state of human rights in Yemen during January – December 2016, that witnessed several gross violations to human rights. The report is organized in three chapters;

Chapter One; on human rights violations related to individuals, and contains five sections; first on extralegal killing, where civilians killed during the reporting period has reached 2950 people, including 504 children and 182 women. Many injured are sustained fatal injuries that might lead to death, also lack of adequate medical care due to continued fighting. Responsibility of victims among civilians lays on Houthis – Saleh militia, Arab Coalition airstrikes, terrorism groups and US drones attack. The second section was allocated for injuries, maiming and disability cases, where 6321 casualties were documented during reporting period, including 1384 children, and 438 women. However, this report has documented only violations in areas that our monitors could access and verify.

Section three is on arbitrary detention and enforced disappearance, where our documented figures indicated that the total number of arbitrary detention and enforced disappearance cases is 5170, most of whom are in serious conditions, and the perpetrators are Houthis in areas under their control, forces loyal to the legitimate government in Aden (the Security Belt), and Hadhrami Elite Forces in Hadhramout. The report also addresses victims of death under or due to torture, where it documents 47 deaths of civilians under torture or because of torture during the reporting period.

Section four is on extralegal killing, where 45 extralegal killings were document during 2016, in 14 governorates, and Houthis topped the list of responsible parties, in addition to other extremist groups believed to be Al-Qaeda affiliates, and other anonymous groups.

Landmines and IEDs came in section five, where they killed 275 people and injured 394 others, including 9 women and 60 children. Landmines and IEDs also caused disability for many civilians, in Taiz mainly, Mareb, Lahaj and Al-Baidha.

Section one in chapter two of the repost addresses violations to the press freedom where all parties have severely and systematically targeted it, yet with brutal attacks by Houthis and Saleh group, who continued oppression campaign and demolished the narrow margin of press freedom, where no newspaper is allowed to publish, unless that serve as mouthpiece for the militia.

Violations on human rights defenders came in section two of chapter two, where SAM monitors have documented 33 cases of violations against human rights defenders, among lawyers and journalists, varied between abduction, detention, attempted murder, and physical and verbal abuses. SAM organization also documented abductions and assaults on activists by military and security forces loyal to the legitimate government in Aden and Hadhramout.

Section three of chapter two contained violations to child rights, where according to data and documents received by SAM organization, children have sustained dreadful violations during 2016, primarily to the right to life, and enforced displacement as the highest figure compared to other violations, women violations is addressed in section four of second chapter, where 182 women killed in 2016, including one assassinated, and 438 others were injured and maimed. Section five of the report tackled violations to human rights related to education, where students turned in combatants and schools into barricades, also Houthis militia is changing the curriculum in line with their ideology and racial project.

Section six is about enforced displacement, and SAM organization has documented 9899 cases of displacement, where people were forced to evict their land, houses, and workplace. Last section dealt with violations to human right relevant to economic and livelihood.

SAM Organization for Rights and Liberties recommends to the;

Second; to the Legitimate Government:

Third; to the Arab Coalition;

Forth; to the De Facto Authority in Sana’a (Houthis-Saleh militia)

Fifth; to the United States of America;