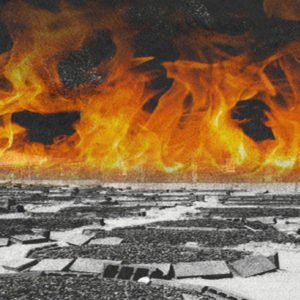 SAM Organization for Rights and Liberties, has issued a report entitled "Border Incineration” highlighting the issue of attracting Yemeni civilians, including children, and some former Yemeni military and former military personnel to fight in the southern border of Saudi Arabia without legal cover.

In its report, SAM concluded that thousands of Yemenis who had to go to fight to defend the Saudi border, under the pressure of poor humanitarian conditions and subsequently killed or injured, were treated by Saudi Arabia as if they do not exist.

The report, issued by SAM, said it was an outcome of research and investigation in which the organization tried to answer questions about the facts of recruitment and the circumstances of the war to which they are led. Witnesses included officers who were closely involved in the recruitment process, including wounded and former recruits, including recruits who testified and returned to the fronts to die.

SAM concluded in the report that "what is happening at the border is a violation of domestic laws and international conventions, which prohibit the exploitation of civilians to fight with a country, outside the jurisdiction of local military laws, so as not to protect their future rights as formal fighters. Although Saudi Arabia gives them identification numbers as soldiers and some military ranks, the reality reached through the field investigation by SAM researchers confirms that they were only "imaginary" soldiers and officers, especially since they do not have any permanent rights resulting therefrom, following their death in the battles.

According to "SAM" some fighters enter Saudi territory from Al-Wade’a land port using emergency travel document provided by the Yemeni consulate, and they fight in the southern border of Saudi Arabia and receive salaries irregularly, and each time they get paid, they also get a fictitious ranks, based on which their salaries are estimated, and in subsequent payroll list the rank can be promoted or demoted.  When they request a leave, they are treated at the Saudi port as if they were illegal immigrants, the Saudi authorities register their fingerprints electronically, then they are banned from entering the Kingdom, even if they get an official visa.

SAM said in the report that at least 300 Yemeni fighters have been amputated, 250 of whom are currently in a housing in the Aseer region of Saudi Arabia, as well as others in other provinces and camps, most of them awaiting surgery, for installing  prosthetics before returning to Yemen, while most of them are living in difficult psychological and humanitarian conditions because their salaries have been suspended for seven months.

SAM called to stop what is called the “Incineration” of Yemeni youth, who are pushed to join the fight by difficult economic conditions, in light of salary cuts and suspension of development projects, and the poor humanitarian situation of the displaced and unemployment, and by brokers persistence to trade the lives of Yemenis in exchange for money

SAM said that the conclusion of the legal research into the status of these fighters confirms that they cannot be described as mercenaries, although they fight alongside Saudi Arabia motivated primarily by financial temptation, which means that one of the conditions for the description of mercenaries fits on them, but they cannot be considered as mercenaries, because they belong to a State party to the ongoing conflict, Yemen, which disqualify them from the description of mercenaries, where the mercenary is required, either as defined in Additional Protocol I to the Geneva Conventions or in the International Convention against the Recruitment and Use of Mercenaries And their funding, "to not be Nationals of a Party to the conflict or of residents of territory under the control of a Party to the conflict.

According to "SAM," these recruits could be considered a "Yemeni militia" working for and funded by Saudi Arabia, and therefore; it is responsible for them or for any violations committed by them as it oversees their training and salaries and the appointment of their commanders and direct their operations.

SAM also quoted witnesses as saying that these forces are engaged in some battles with the participation of the air cover of the Coalition, but sometimes the Coalition bombs the sites of the forces loyal to Saudi Arabia, and by artillery and the tanks also, who made some mistakes and caused casualties.

SAM said it had not been able to get an accurate statistic of the numbers of wounded from official sources; but according to estimates from field fighters, there have been approximately 10,000 wounded since the beginning of the war. "Our information indicates that many of the Yemeni war-wounded fighting in the Yemen-Saudi border do not receive the necessary care," SAM said. “Many of them were forcibly deported to a newly constructed accommodation in the Yemeni province of Mareb, while some were granted compensation, sometimes only SAR 500. The organization also found that many of the wounded were in a bad psychological situation and complained of ill-treatment.

SAM said that it received information that some Yemeni fighting to defend Saudi Arabia's southern border were subjected to arbitrary arrests and enforced disappearances in Saudi intelligence prisons for long periods, which could last from six months to an unknown period, before being deported to Mareb, Yemen.

Saudi Arabia and the Republic of Yemen should immediately stop involving young Yemenis in the border incineration in an illegal situation which is inconsistent with international laws and conventions, SAM said.

SAM said in the report that the Republic of Yemen and Saudi Arabia should immediately close these camps, enable survivors among the victims to return to their country, and compensate the relatives of the dead and the wounded in proportion to the size of the losses suffered.

SAM called on the Yemeni authorities to immediately pay the salaries of employees, find safe jobs for citizens and stop policies aimed at prolonging the war.

SAM called on the international community to stand against the crimes of human trafficking and to consider all of the above as legal and moral crimes, which are the responsibility of both Saudi Arabia and the Yemeni government, each to the extent of his involvement.

SAM recommended that the UN Group of Eminent Experts pay attention to this type of crime and urged the National Commission to Investigate Allegations of Human Rights Violations to work to access information on these cases and take legal action.

SAM called Attorney General in the Republic of Yemen to take legal action against the human trafficking networks brokers arrested in Taiz.

To read the full report