When he hears shooting, the child Mohammed Abdu Qaid Ahmad (10 years old) runs into the corner of the place where he is inside the house and automatically puts his hand on his face and often wets himself, according to his mother. 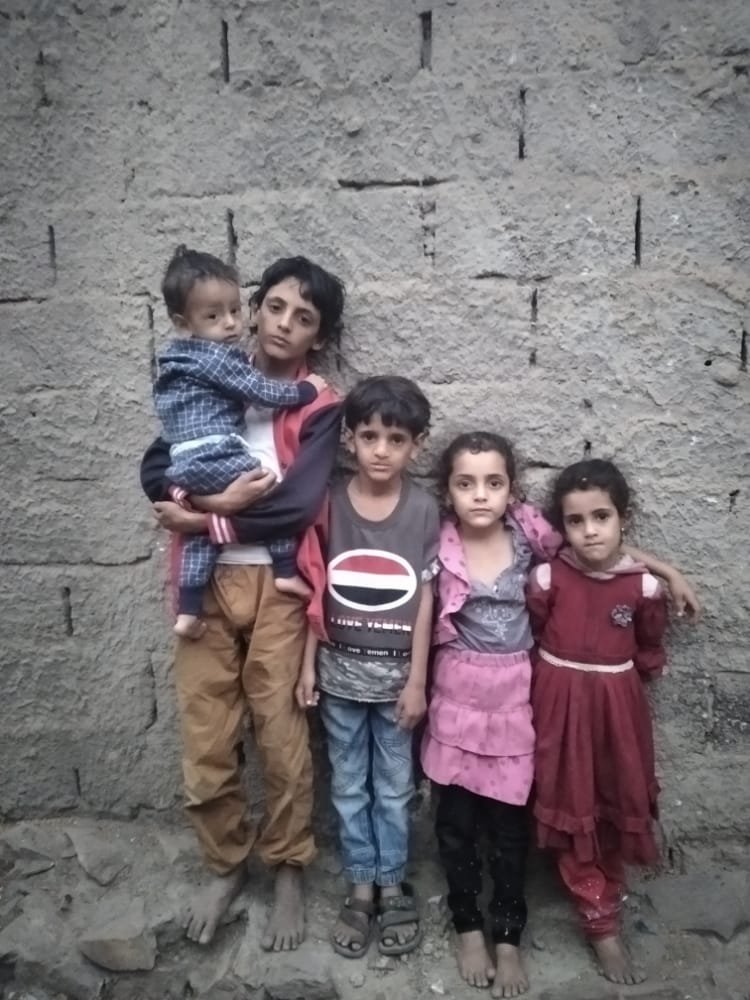 His mother, Om Saber (43) years old, states that he has been haunted by fear since he was shot by a sniper in 2020 when he was injured in the stomach and his sibling Saber, 2 years older than him, was killed while they were near their house in the Osaifra area of the Al-Ta’iziyah district, north of the city of Taiz. The place was known before the outbreak of the war as the central qat market in Osaifra.

The child Mohammed was traumatized as he watched his brother being killed before his eyes on that day. His mother described his condition back then, saying that he was crying and shouting unintelligible words. I could only understand: “Blood, blood, Saber died.”

The mother remembers what happened with a broken heart, "Mohammed and his brother Saber went out next to the house. Then a sniper stationed in the north of the Osaifra area, shot Saber, Mohammed's brother, in the head. He immediately fell dead and covered with blood. The scene was shocking for a child, barely 4 at the time, He tried to drag his brother, but the sniper's second bullet hit him in the stomach, so he kept bleeding and ran into the house.

Om Saber continues while tears mingled with her words about what happened as this day was the birth of the suffering that accompanied the child Mohammed so far, which his mother says is one of the reasons that made them stop Mohammed from studying, and she says, “It is true that Mohammed survived and is still alive after undergoing an abdominal operation, but he is no longer the same psychologically or healthily. 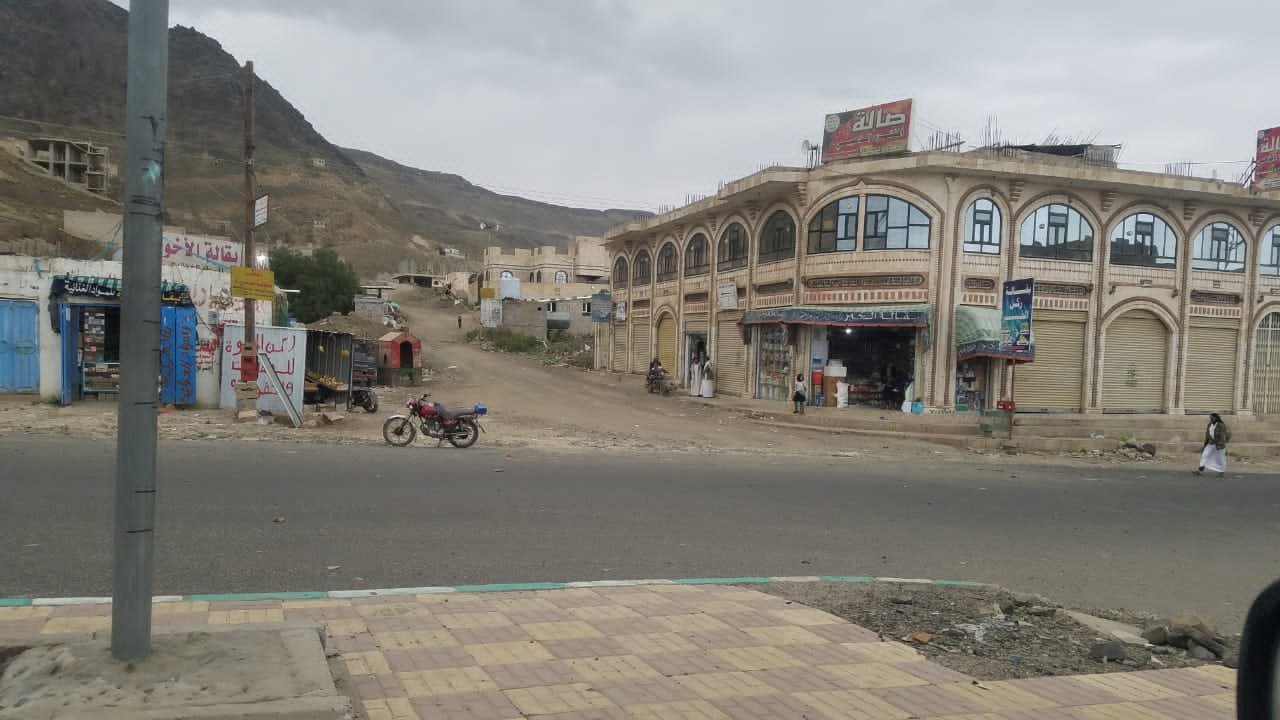 Since his injury, he has been suffering from complications of health problems in his digestive system. He suffers from many problems in his intestines as a result of the injury that torn his intestines. In addition, he has become an aggressive child who does not accept any order and does not stop crying unless his request is implemented, even if it is difficult, as his mother describes.

Mohammed stopped studying and the reason, as his mother confirms, is the psychological impact of the day when he was shot by a sniper. His mother explains this, saying: “more than once, the school administration where he studies called us to go and pick him up from the school, either because he heard shooting and thus he retreated into the corner of the classroom after urinating on himself or because he acted violently with his classmates, so his presence in the classroom becomes a problem for his classmates.”

She continues talking painfully and says: she has been enduring an endless pain over the situation of her son, who dropped out of school three years ago and needs psychological rehabilitation. However,  his father's financial situation does not allow him to continue his treatment of his injury complications, nor to subject him to intensive psychological rehabilitation in order to overcome the effects of the trauma and return to school like other children.

Mohammed the Child, who now lives with his family in a dangerous seam zone in the Osaifra area, where the gunmen of the Houthi group are stationed less than a kilometer. Every day he lives with new details of fear with every renewal of armed clashes between government forces and the Houthi militia since his family, as his father Abdu Qaid says, is forced to live near the danger.  They have no other choice to go out to a safer place as the father works for the daily wage and is unable to pay the rent of a house in the city center or any place other than the military seam zones north of the city. 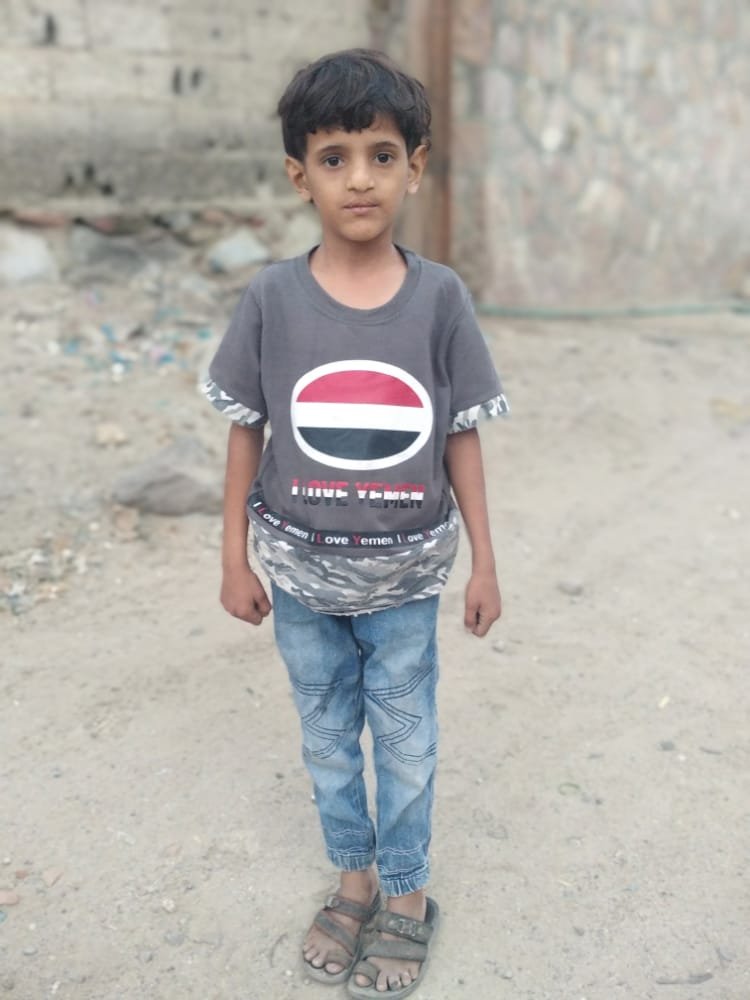 Mohammed now, as his father describes him, is like a prisoner since he does not go out of the house that much. If he is forced to go out with his father, as he says, through unpaved roads to the center of Taiz, he goes out to visit the doctor for any emergency reason that happens to him. For more than five years, Mohammed has never got time for entertainment in a playground or a public park, and this was reflected negatively on his mental health. He remains confined to the corners of the house all the time, where the fear in his soul feeds on his childhood, and he is deprived of his right to entertainment, his right to a safe childish life, and his right to education because of the war.

His mother fears for him a lot, and she confirms in her speech, “"Every day, Mohammed's psychological condition is getting worse, and there is nothing I can do to help him. I lost his brother by the Houthi sniper and I nearly lose Mohammed as he has been deteriorating psychologically and turned into a mentally unbalanced child.” His mother continues, "I hope my son will pass this stage and return to school. That what grieves me the most and I think about it every day."

The story of Mohammed with his suffering from the effects of psychological trauma in the city of Taiz is one of dozens of stories of many children, especially in the seam areas. Many children who survived sniping still suffer physically and psychologically, and they are in real need of psychological rehabilitation through therapeutic entertainment programs that help to psychologically release pent-up emotions of fear in children, represented in the practice of various skills and creative games such as drawing, singing and acting.